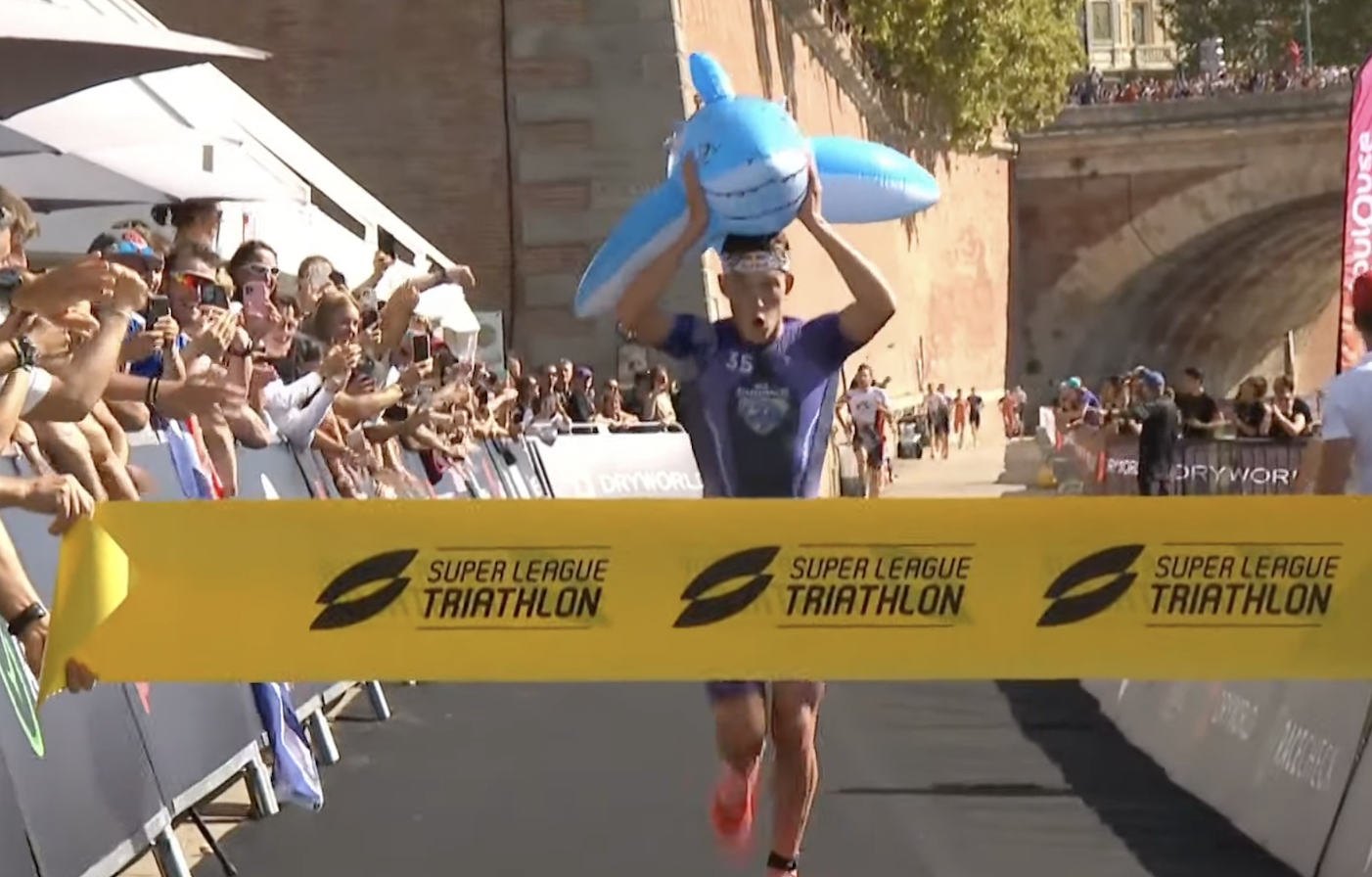 Hayden Wilde on a roll in SLT Championship Series, claims the victory Toulouse

What a race by Hayden Wilde. The Kiwi totally dominated the Super League Triathlon Championship Series in Toulouse. With today’s victory, it seems impossible that anyone will get in between Wilde and the overall series win; there is still one final race left on the schedule, though. It was Australia’s Matthew Hauser who was Wilde’s toughest competitor, but in the final heat, something forced Hauser to quit his race. France’s Dorian Coninx and Japan’s Kenji Nener ended up sharing the podium with Wilde.

Today’s Super League Triathlon featured the Triple Mix, in which athletes completed an ultra-short triathlon three times, each time in a different order. The first heat was a swim-bike-run, the second heat a run-bike-swim and the third and final heat a bike-swim-run. Each heat was interrupted with a short break. Each time, the swim was 300 meters, the bike 4 kilometers and the run 1 kilometer.

It was South Africa’s Jamie Riddle who was first out of the water and onto the bike after a fast swim part. The athlete continued his attack up the hill to try to make some athletes in the back suffer and lose touch. Soon, Britain’s Daniel Dixon managed to catch Riddle, which left the two together in front. Behind them a group of four – Nener, America’s Chase McQueen, Canada’s Tyler Mislawchuk and New Zealand’s Tayler Reid – started the chase. Riddle was soon caught up with, but Dixon rode just ahead of these five men. Wilde and Brownlee were part of the bigger chase pack that followed behind them.

Dixon was able to keep the chase group off during the bike part, which had him enjoy a four-second buffer when starting the run. Once they hit the run course, a few athletes soon bridged the gap to the first men. Dixon wasn’t able to stay clear of Wilde, though. In the blink of an eye, Wilde ran to the lead, while Dixon started to struggle. Wilde maintained his lead and crossed the line in first place. Hauser took second (+0:01) and Mislawchuk finished in third (+0:02).

During the run part, it wasn’t Wilde who dominated, but Britain’s Christopher Perham instead. Perham hopped on his bike in first place, but Wilde and Hauser followed right after him. On the bike, a group of approximately fifteen athletes took shape, after which Coninx racked his bike back in T2 in first place. Wilde caught up with him in transition and was the first athlete to dive into the water for that last discipline. After the swim, Nener took the win, McQueen took second and Riddle third (+0:01). Hauser finished in ninth place (+0:04).

In the final lap, Wilde got to leave in first position, Nener in second (+0:02) and Hauser in third (+0:03). Wilde didn’t waste a second while on the bike and took off on the climb. Impressively, Wilde managed to out race the entire pack that took shape behind him. Wilde was 17 seconds ahead of them when starting the swim. During that swim part, Wilde remained lonely, and that didn’t change on the final run. With a big lead, Wilde claimed the victory. Coninx ended up finishing in second place, for his home crowd, and Nener rounded the podium.