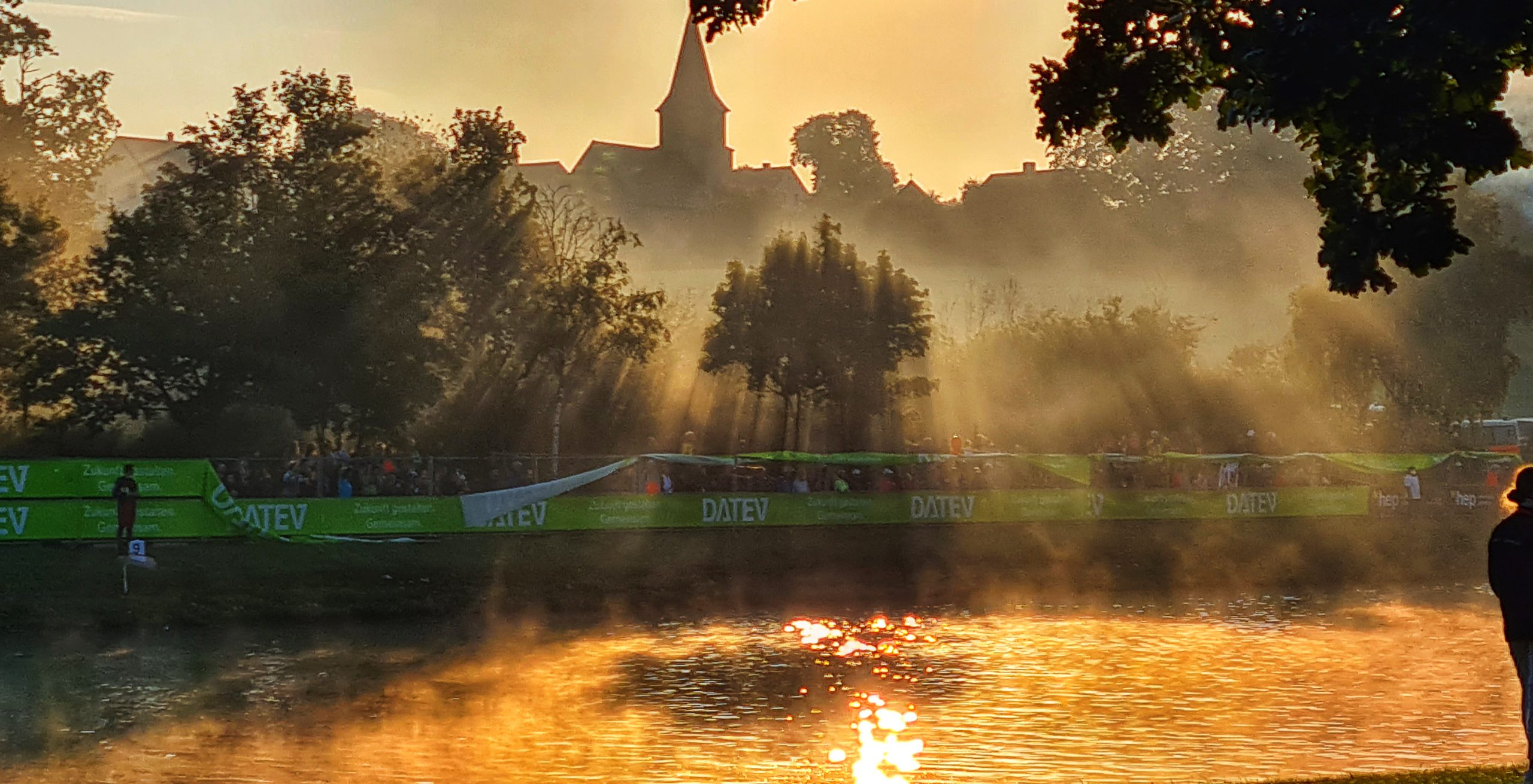 Challenge Roth has become the first organization ever to receive the Bavaria Sports Award. Normally reserved for individuals, the prestigious award has been made not only to the race but to the entire district of Roth, including all the towns and communities and over 7,500 volunteers and helpers.

Today – on Saturday 22 October 2022 – the Minister of Sport, Joachim Herrmann, will present the award at the awards ceremony in BMW World in Munich. The race is recognized in the category “Outstanding Promotion of Sport” for its exemplary commitment in connection to the organization and delivery of Challenge Roth over many years and the accompanying services to sport in Bavaria.

“Award first and foremost for helpers and volunteers”
Race director, Felix Walchshöfer, was deeply moved by the honour: “Receiving the Bavarian Sports Award is an incredible honour. We still can’t believe Roth is in the same league as sporting legends like  Dirk Nowitzki, Anne Haug and countless Olympic champions. However, this prize is not for us as the organisation of the race, but for everyone who makes the race possible, first and foremost for our 7,500 helpers and volunteer workforce. It is thanks to them that we can fulfil thousands of dreams here in Roth every year. For this, a sincere and heartfelt thank you!”

As District Administrator, Herbert Eckstein will accept the award on behalf of the district of Roth on Saturday: “It honours the entire district! – Our triathlon is more than a recurring sports event. Athletes, organisers, helpers and spectators form a unit and live the triathlon weekend in a unique way. We have grown together without losing our identity. All athletes who fight their way through to the finish line are cheered on. Therefore: fascination triathlon worldwide!”

Andreas Buckreus, Mayor of Roth, is very happy about the award: “Year after year, Challenge ensures the city of Roth is known all over the world as a Mecca for triathlon. During the summer, we are hosts to numerous athletes, their families and many triathlon fans. As mayor of the city of Roth, I am immensely pleased to be able to receive the award on Saturday together with the Walchshöfer family and the district administrator.”

Bavarian sports prize in recognition of outstanding merits
The Bavarian Sports Prize has been awarded by the Bavarian State Government since 2002 for outstanding sporting achievements as well as to people and initiatives who have given outstanding services to sport. Stars such as Magdalena Neuner, Oliver Kahn, Franz Beckenbauer, Dirk Nowitzki and Maria Höfl-Riesch have all been recipients.

This year the prize will be awarded in seven different categories plus the personal prize of the Bavarian Prime Minister, including Thomas Müller, Nathalie Geisenberger and other Olympic champions. The Bavarian State Minister of the Interior, Sport and Integration, who is responsible for sport, forms the jury together with experts from various areas of sport, including Jörg Ammon, Christoph Netzel and Kasper Rorsted. Interior Minister, Joachim Herrmann, chairs the jury.