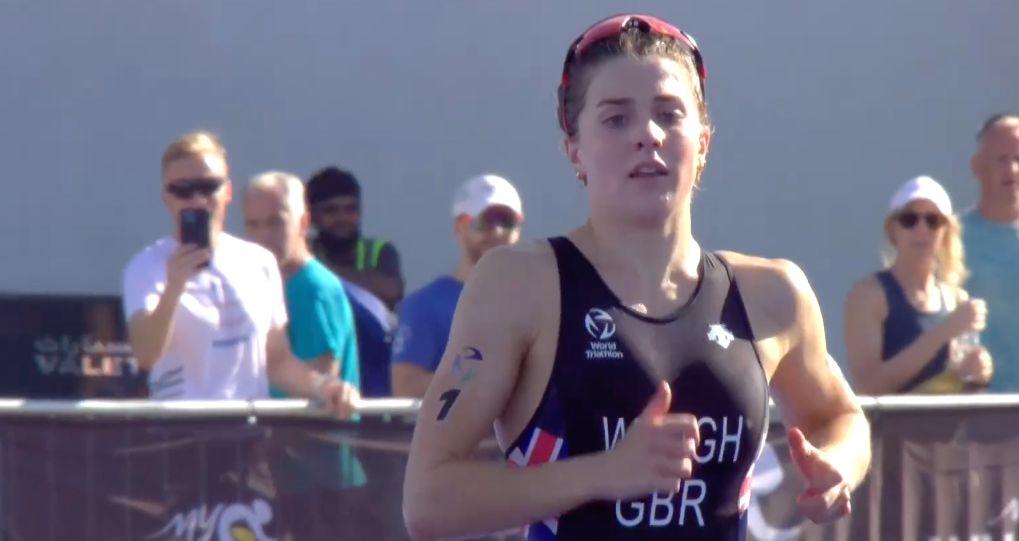 A British double in Abu Dhabi: Connor Bentley and Kate Waugh, both British athletes, won the U23 WTCS Grand Final. The races were thrilling in both, yielding wonderful titles.

In the women’s race, it was Italy’s Bianca Seregni who led the swim and came back first from her 1500 meters after 20:26 minutes, but Waugh found herself perfect in the mix as well, coming back in T1 sixth and then 33 seconds behind. On the bike, a group of six leading women formed fairly quickly, immediately including the eventual winner.

Yet that group did not stay together the whole time, because eventually Waugh, together with her compatriot Jessica Fullager, rode away from the leading group. That went very fast, because when the two leaders returned to T2, they had a lead of more than a minute on the remaining four ladies. The gap on the following women had already grown to more than two minutes.

Even smaller differences in the men’s race

Among the men, the differences were even smaller: when Connor Bentley won the race in a time of 1:50:15, he only had to wait nine seconds for the number two, Hungarian Gergely Kiss, to cross the line. Number three, Briton Hamish Reilly, did not have to wait long either: fifteen seconds after the winner, he claimed the bronze medal.

Bentley was at the front of the race directly from the start, coming first in T1 but in fact almost all the men were still together at that time. A large leading group formed on the bike and eventually two large groups formed behind it as well. Bentley had no trouble keeping in the first group and so was in an excellent starting position when the run began. When that run began, the lead group consisted of 36 athletes.

Even during the run, many of the men stayed together for a long time and at the halfway point there was still a lead group of 11 athletes. Only in the closing stages did the decision fall and so it was Bentley who claimed victory.