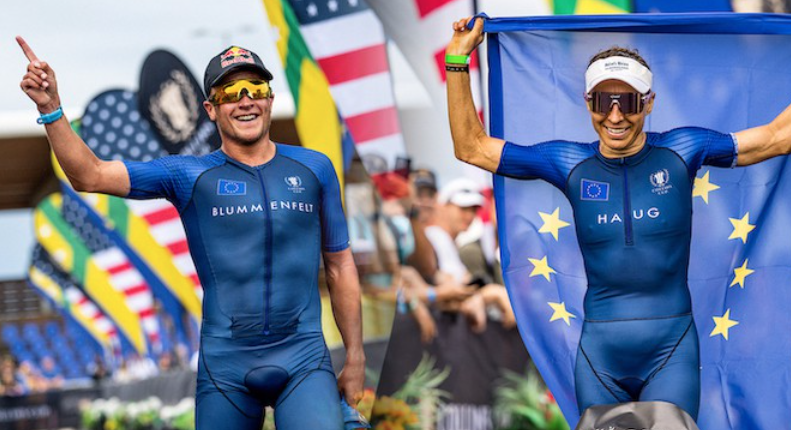 The Professional Triathletes Organisation (PTO) today announced the final placings for the 2022 PTO World Rankings, with German Anne Haug claiming top spot for the women and Norwegian Kristian Blummenfelt leading the way for the men.

The PTO World Rankings were introduced to identify and rank the world’s best professional triathletes who participate in non-drafting triathlon events. Any athlete who holds a professional license and is a PTO Professional member is eligible. The leading athletes share out an end of season bonus pool of $2 million split equally between women and men, with a cool $100,000 going to the top ranked athletes.

“I’m really overwhelmed to be on top of the PTO World Rankings after the challenging Covid years. Although I didn’t have the one outstanding race I would have wished for, I was able to be very consistent in my performance throughout the season, thanks to my amazing team behind me. They kept me fit and healthy,” said Haug, who’s three counting scores in 2022 included Challenge Roth (131.41 points), Ironman Hawaii (110.20 pts) and the Ironman St. George World Championships (109.56 pts).

“This year we saw some absolutely outstanding performances, for example Daniela at the Ironman Worlds in Utah, Chelsea in Kona or Taylor at the 70.3 Worlds. That inspires me, shows how fantastic our sport is and that if you don’t go up a level each year, you’ll fall behind.”

“The new PTO Open races give us a unique opportunity to race the best athletes from all distances, which improves the quality of every race and adds the spice everyone needs to perform. The team format of the Collins Cup has also pushed racing to a new level, strengthening camaraderie, team spirit, fair play and tactics.”

Blummenfelt has had an outstanding 12 months, not just in winning the full Ironman World Championships in May and the 70.3 version in October, but also breaking 7 hours in the Sub7 Challenge in June.

Commenting on his success, he said:

“It was a strong year for me winning the Ironman World Championships and 70.3 World Championships in St George among other performances. Finishing top of the 2022 PTO World Rankings is something I’m very proud of and I’ll be trying to do the same again in 2023.”

The PTO and an athlete committee has been working on an updated version of the PTO World Rankings system for 2023, that will be announced next month.

Below you’ll find the top 10 for both the men’s and women’s ranking: