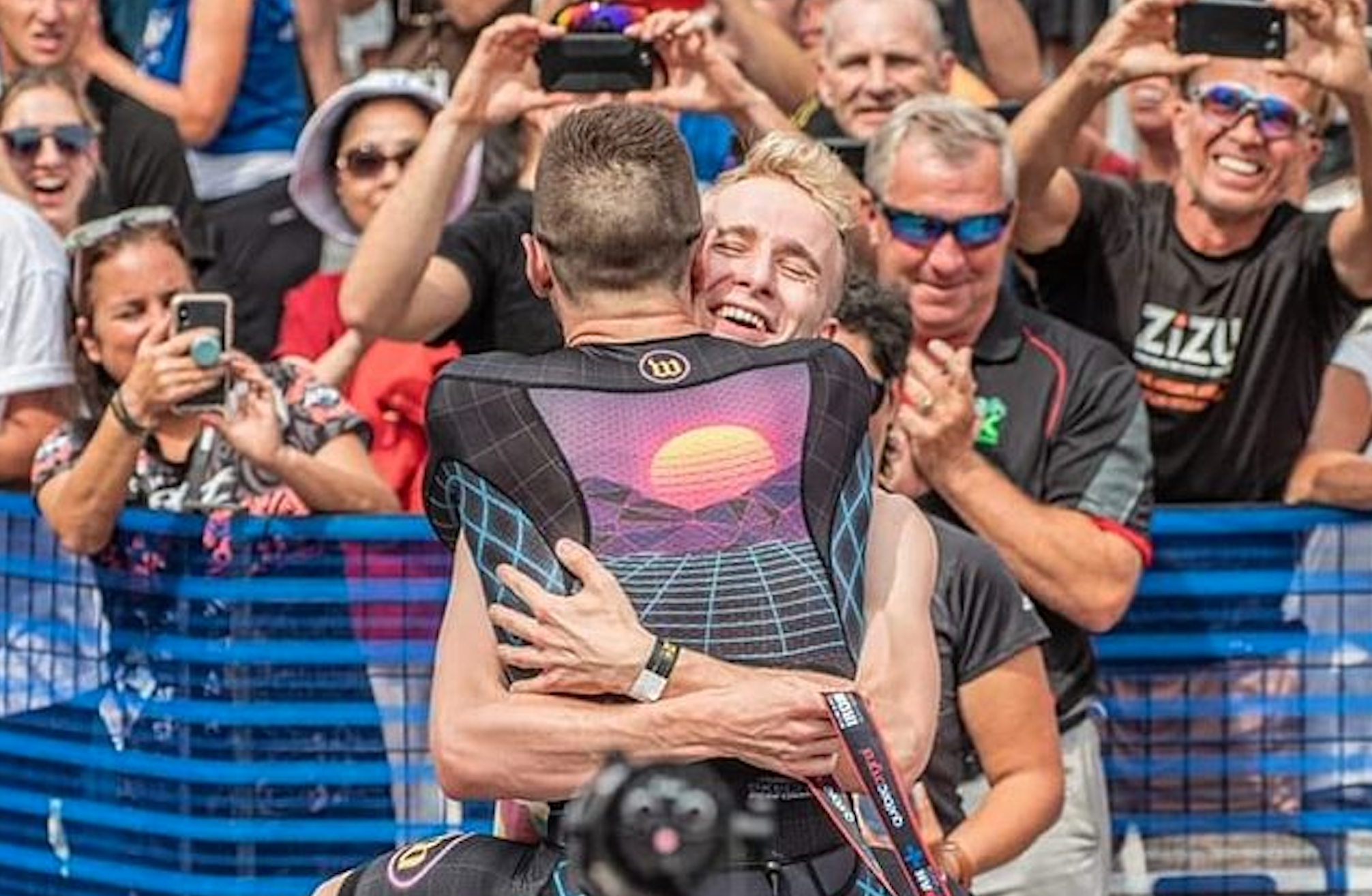 Cody Beals on how welcoming triathlon is towards LGBTQ: “The topic still tests my comfort zone”

Since some sports aren’t considered very welcoming to LGBTQ people (lesbian, gay, bisexual, transgender, queer or questioning), Wattie Ink wondered about triathlon. They asked Canadian pro triathlete Cody Beals all about it, starting off with one straight forward question: is the triathlon community a welcoming space for LGBTQ people?

“I think so, but I can only speak from my experience as a gay cis (whose gender identity matches their sex assigned at birth) white guy. Being a pro triathlete who happens to be gay has mostly been a non-issue for me,” he tells Wattie Ink. “I love how our sport transcends our backgrounds, beliefs, identities and ideologies. Other athletes tend to care more about my fitness, my gear or my performances than who I kiss at the finish line.”

Beals continues saying he sees triathlon as a “celebration of our differences.”

“We clap just as hard for the winner as the last finisher. I think our shared experiences foster a supportive community that extends beyond the racecourse.” This is what gives us goosebumps when we are all standing there together at the finish line after a long day of suffering or cheering.

While Beals considered his coming out to be relatively easy compared to what some people go through, the period definitely shaped him, even as a triathlete. The struggle was mainly within himself in the beginning. “Finding myself and embracing my sexuality was a challenging process,” he says. “As a young adult, I used training as an outlet for a lot of anxiety, frustration and isolation. I worried that I’d lose my edge without these reasons to push myself so hard. But coming out, first to myself, then to others, drastically improved my mental health. Many interrelated pieces began to fall into place, and it showed in my triathlon performance.”

Beals didn’t use to speak so freely about his sexuality. The main reason for that was that it didn’t seem to be relevant for him as a triathlete. “I didn’t want to capitalize on it,” he explains. “The topic still tests my comfort zone,” he wrote on social media when announcing this very personal interview.

‘My visibility as an out pro triathlete could help”

After a while Beals began to notice the amount of support he received every time he was open about his sexuality. For instance, when positing a photo together with his partner. “Some of the most impactful messages came from the parents of LGBTQ youth. I eventually realized that my visibility as an out pro triathlete could help some people feel more welcome,” Beals says. “Athletic communities are still intimidating spaces for many queer folks. If some openness on my part can help make sport more welcoming to the next LGBTQ athlete, then it’s not a big ask for me.”

If Beals were to give some advice to people on how to make triathlon an even more inclusive sport, he would recommend people not assume someone’s’ sexual orientation or gender until they have told you. To make use of inclusive language, to respect people’s pronouns, and to call out discriminatory behavior.