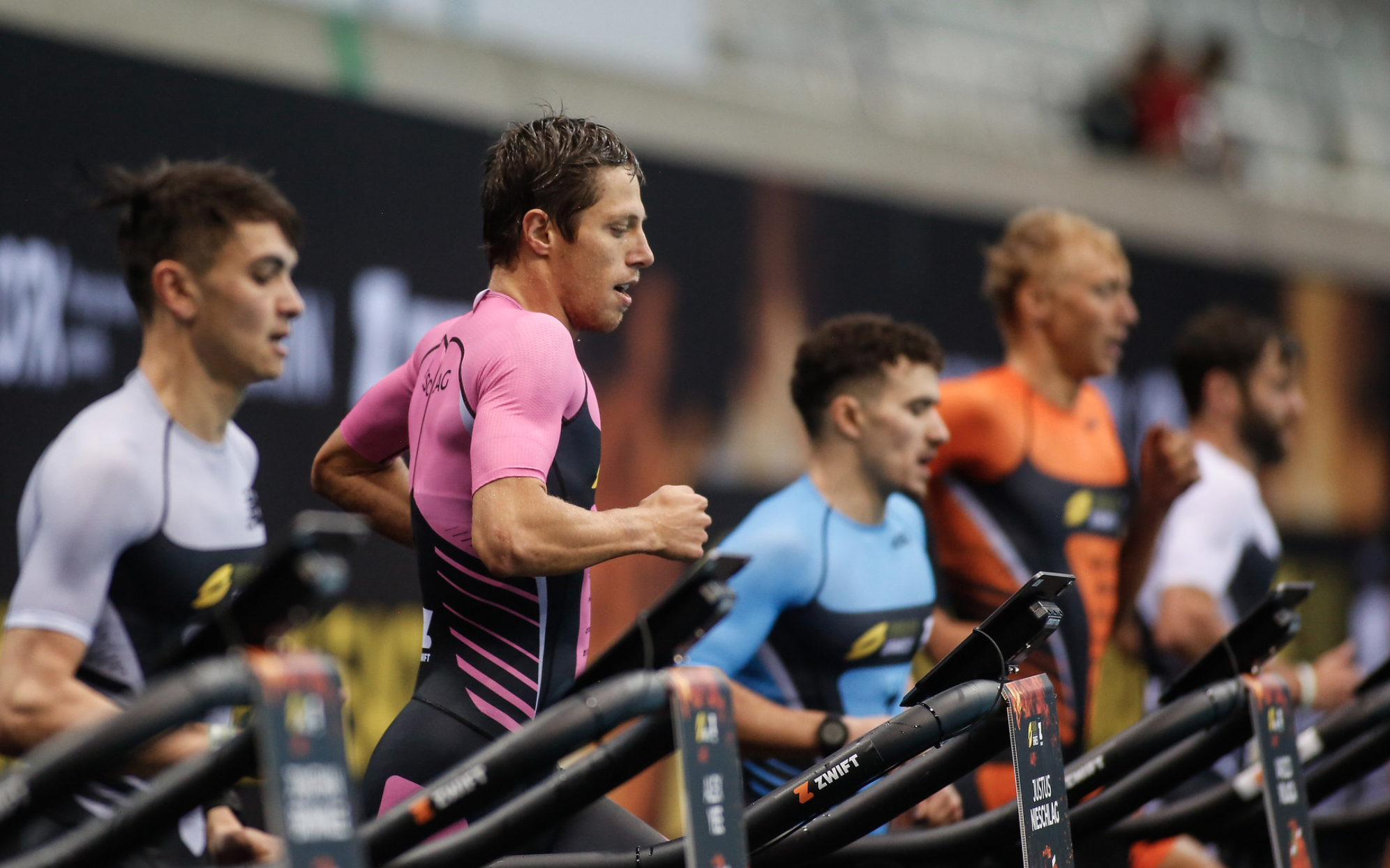 Last weekend many triathlon fans enjoyed a spectacular race with the Super League Triathlon (SLT) Arena Games in London. We look back at some interesting statistics from this spectacular race. How high were the athlete’s heart rates at different speeds, how efficient did the competitors swim through the three different stages, what records were broken and what is the key to winning the SLT Arena games?

That last question we can answer straight away: consistency. Consistency both in the three different disciplines, and consistency throughout the three stages. It’s better to finish within the top three, three times, than win one race and finish outside the podium for the rest of the races. The latter happened to Vasco Vilaca. He may have won that first stage, but due to eighth and sixth place finishes in the following stages, he ended up fifth in the final results. For Marten van Riel, on the other hand, consistency was key. Thanks to second, first and third place finishes, he ended up with the win.

Additionally, Van Riel didn’t stand out in one of the three disciplines, but remained amongst the top few during the swim, bike and run. His fastest and slowest swim time didn’t differ more than five seconds during the three stages. For the bike part the differential was nine seconds, and the run six.

All records are broken

All records that Jessica Learmonth set during the inaugural SLT Arena Games Rotterdam were broken. It’s hardly a surprise that Lucy Charles broke the swim record. Just by one second though: from 2:12 to 2:11 over 200 meters. The fastest bike time was broken by Charles, Alice Betto and Anna Godoy: moving the time down from 5:36 to 5:28. Potter clocked the fastest run – 3:14 for 1,000 meters. That was four seconds faster than Learmonth was in Rotterdam.

Looking at heart rates, there are some striking numbers. Van Riel had an extremely low heart rate during the race. Even at the end of stage two his heart rate was only 154 bpm. He also recovered fast. Starting stage three, his heart rate was 114 bpm. That’s a huge difference between, for instance, Justus Nieschlag, who finished second in the second stage; his heart rate went down from 181 to 130 before starting the last stage.

Potter’s quick recovery was part of the secret to her success. At the end of the second stage her heart rate was 174 bpm. In no time she got it down to 135 to start the last stage relatively fresh.

Gordon Benson had the most shocking numbers with his heart rate reaching 209 bpm while running 2:51 for 1,000 meters.

Losing efficiency on the swim

Taking into account the number of strokes athletes needed to get across the pool, and considering the times they clocked, we get insights into their swimming efficiency. It comes as no surprise that most athletes swam less efficiently the further they got into the race. But, for Potter – who’s actually not even considered a strong swimmer – that was hardly the case. Sophie Coldwell also managed to improve her efficiency in the water throughout the race.

That Potter earned her win mainly on the run could have been expected, given the fact that she went to the Olympics as a 10,000-meter runner. In the final, and decisive, stage she ran 3:23 for 1,000 meters. That was only ten seconds faster than her closest competitor (Lucy Charles), and eight seconds quicker than Coldwell. Because Potter also did well in the water and on the bike, she ended up with the overall win.