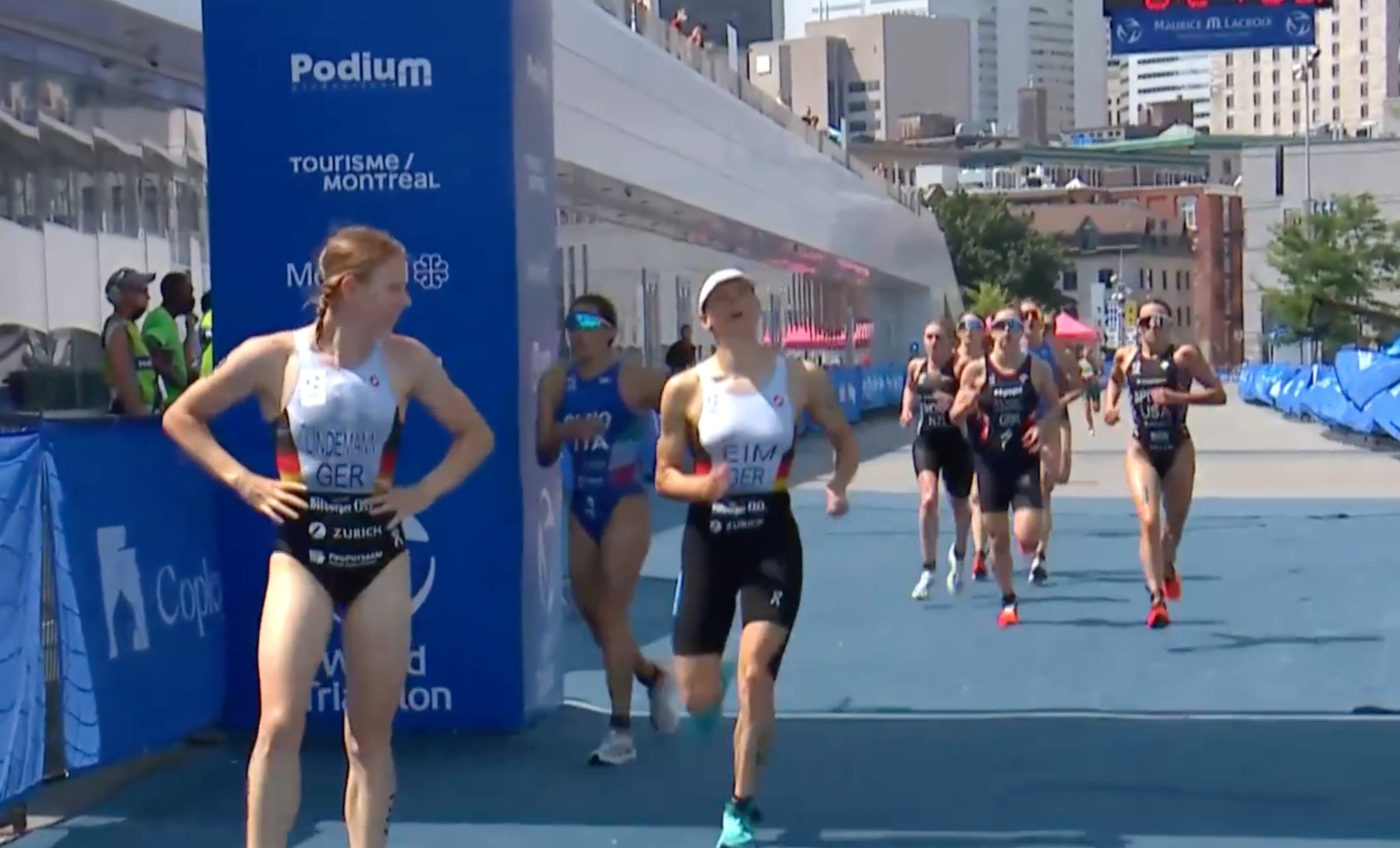 A busy weekend of racing in Montreal just kicked off with the women’s Qualifier events. Over two series, twenty athletes earned a direct spot for tomorrow’s A-final. Who will get the additional ten spots that are available, will be decided in the Repachage race, which takes place later today. Taylor Knibb (USA) and Laura Lindemann (GER) already made it clear that they are in great shape for tomorrow’s event, as both claimed the win in the qualifier series.

After 300 meters of swimming, Knibb, Katie Zaferes (USA), Flora Duffy (BER) and Non Stanford (GBR) managed to create a small lead to the chasing athletes. It meant these four athletes went out on the 7.2-kilometer-long bike course in first place, with a group of about five athletes trying to catch up from behind. On the technical aspect of the bike course, Zaferes was clearly lacking the skills to keep up with the leading group, which resulted in her being dropped. Knibb, on the other hand, was incredibly strong and even dropped Duffy and Stanford about halfway through the bike part. Going onto the run, Knibb enjoyed a 23-second lead, which meant she could take it relatively easy on the final two km of running. As could be expected, Duffy – the current Olympic Champion – was on fire during the run, but there was no need to push it too hard, as she was safely running in second place. Until the finish line this remained unchanged, and thus it was Knibb taking the win, Duffy finishing in second and Stanford who took third.

Other athletes that qualified in this first qualifier race thanks to a top ten position, are: Zaferes, Leonie Periault (FRA), Nicole van der Kaay (NZL), Verena Steinhauser (ITA), Olivia Mathias (GBR), Beatrice Mallozzi (ITA) and Anabel Knoll (Ger). Alongside the three podium finishers, that makes for a total of ten athletes that directly earned their spot for tomorrow’s finals.

Qualifier 2: Lindemann takes off on the run

It were Victoria Lopes, Sophie Coldwell, Alice Betto (ITA) and Taylor Spivey who led the way out of the water, but unlike in the first qualifier race, in the second series a large pack of sixteen athletes took shape on the bike. Therefor, it all came down to the run, where sixteen athletes had to fight for the ten direct tickets to the main final. Spivey was first to rack her bike and thanks to a quick transition she also ran out in first place. However, she was soon caught by a group of athletes. While Spivey dropped back a bit within this group, two Germans – Lindemann and Nina Eim – found their way to the front. It was Lindemann who finished it off on the final stretch and took the win. Eim crossed the line in second place, and Italy’s Angelica Olmo took the last podium spot.

Later today, the top ten finishers in the repachage race will be added to the start list of tomorrow’s final. A total of 30 athletes will battle each other in the event that kicks off tomorrow at 13:36 local time.