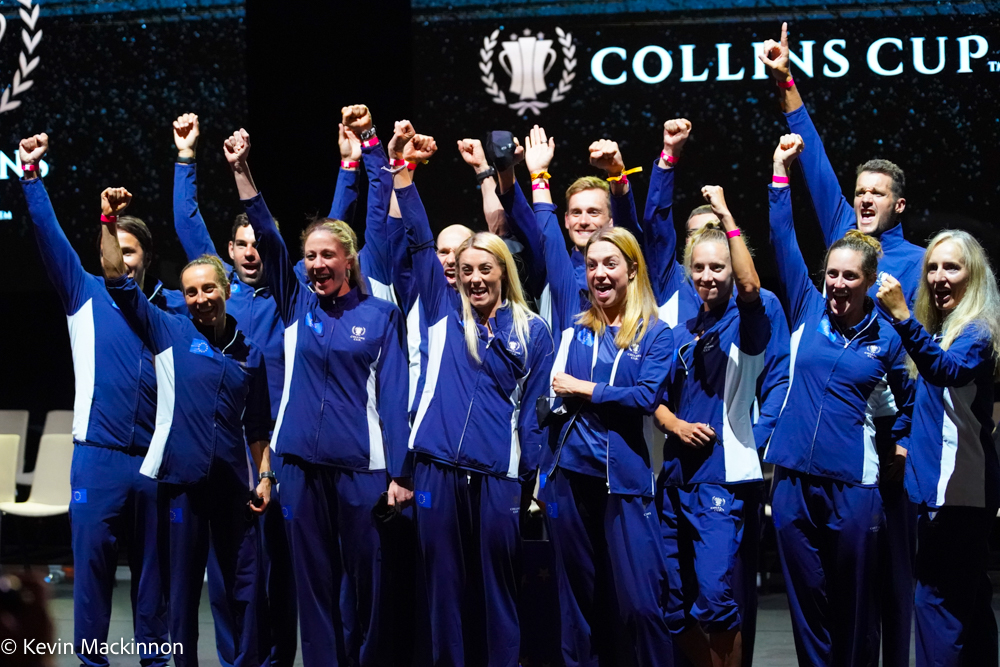 The Collins Cup matchups are decided

The excitement is starting to build at the X-Bionicsphere in Samorin, Slovakia – tonight the team captains named their picks for each of the 12 matches that will decide Saturday’s Collins Cup. Here’s a look at who will be competing against each other in Saturday’s racing:

Team USA has pulled out the winner of last weekend’s World Triathlon Championships Final, Taylor Knibb, to take on the the seemingly unstoppable Daniela Ryf. Two weeks ago Knibb did her first half-distance race and took second. A week later she rode away from the sport’s best to take a huge win in Edmonton. Team International counters with their top-ranked PTO athlete, Teresa Adam.

USA got to name the first athlete in this match, and they picked another World Triathlon specialist, Olympic bronze medalist Katie Zaferes. The International crew countered with Paula Findlay, while Europe pulled out another one fo their big names, Lucy Charles Barclay.

This one will be a battle of some of the sport’s premier runners. Europe countered the International Metzler pick with Haug, and the US jumped in with their own able competitor.

Another sign of just how strong Europe is – they get to throw in the 2016 70.3 world champ. A lot of people are looking forward to seeing her take on Salthouse.

US puts out one of it’s star athletes, who will find herself taking on a multiple-Kona top finisher, while Europe counters with one of the hottest middle-distance athletes in the sport.

Another interesting match up with three seemingly very competitive athletes rounding out the women’s matches.

You knew Europe would be throwing Frodeno out first, and the Americans counter with one of their strongest athletes, Long, who thrives on this kind of racing. Team International counter with Aussie Appleton, who can race with anyone when he’s on.

Rudy Von Berg -> replaced by Colling Chartier because of Von Berg being sick.

Now that he’s got the Olympics out of the way, 2019 70.3 world champ Iden can focus on longer distance racing. This will be another fascinating race to watch as Von Berg, who was third behind Iden in Nice, and Smith take on the strong Norwegian.

If there was a most-requested match up on the planet, this would probably be it. Starykowicz will try to rip things apart on the bike, but that’s going to be a tough ask against those two.

Another match up that seemingly will be hard to call – three strong swim-bikers who can run well enough to win.

This is the men’s running showdown. Can’t wait to see how this 18 km footrace turns out!

Will the Collins Cup come down to this last match up? Very evenly matched way to end the day.