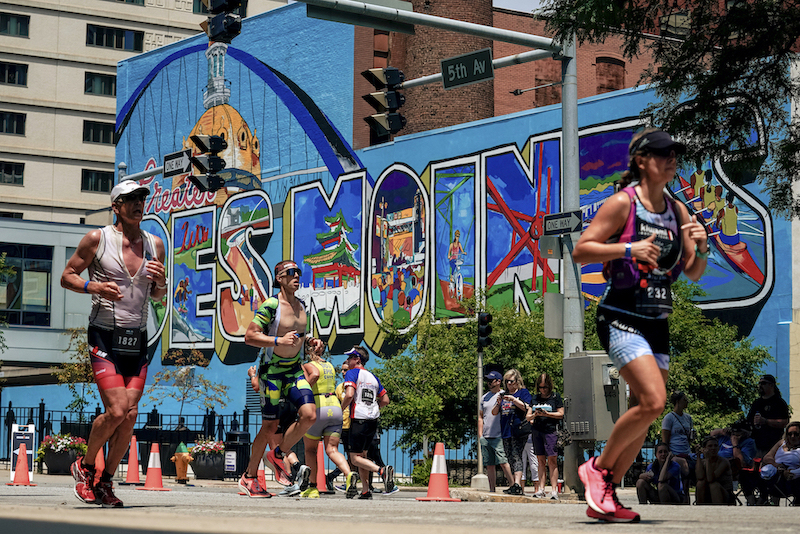 It was a busy day of Ironman announcements today as the Florida-based company announced a new full-distance race in Des Moines, Iowa that will serve as the 2022 Ironman North American Championship, and also announced that Ironman Wisconsin will remain in September.

Ironman Wisconsin gets yet another new date

Last August Ironman announced that it would be moving Ironman Wisconsin, which has traditionally been a September race, to June, a move that was met with lots of complaints from athletes and the community. “You spoke and we listened!” Ironman said in a post on Facebook today. “We are pleased to announce that the 20th edition of Ironman Wisconsin will now take place on Sunday, September 11th, 2022.”

While generally athletes are happy that Ironman has moved the event to its traditional September date, some athletes are now frustrated that they’ve made plans for the June race and might now be stuck with “non-refundable air fare and hotel reservations,” as Lisa Conklin commented on the Ironman Wisconsin Facebook page. Ironman has offered athletes registered in the June event a number of alternative races that they can transfer their entry to including Texas (April 23, 2022), Tulsa (May 22, 2022), Des Moines (June 12, 2022), Lake Placid (July 24, 2022), Canada (August 28, 2022), Maryland (Sept. 17, 2022) or Chattanooga (Sept. 25, 2022).

Ironman also announced that the new date is part of a “multi-year” deal with the Madison Area Sports Commission to “continue to bring Ironman events to (the) region for years to come.”

A few hours after the Wisconsin announcement Ironman announced a new full-distance race in Des Moines, Iowa, which hosted an Ironman 70.3 race earlier this year. The new full-distance race is scheduled to take place on June 12 and will be the Ironman North American Championship in 2022. Regional championship Ironman events typically offer more qualifying spots to professionals and age group athletes for the Ironman World Championship. The new race will offer qualifying spots for the 2022 race in Kona.

Des Moines has put on big triathlon events in the past – the city served as the host of the Hy-Vee triathlon for many years. That event featured some of the sport’s largest prize purses from 2007 to 2014. It was part of the World Triathlon Series for a few years and also served as the Ironman 5150 North American Championship.