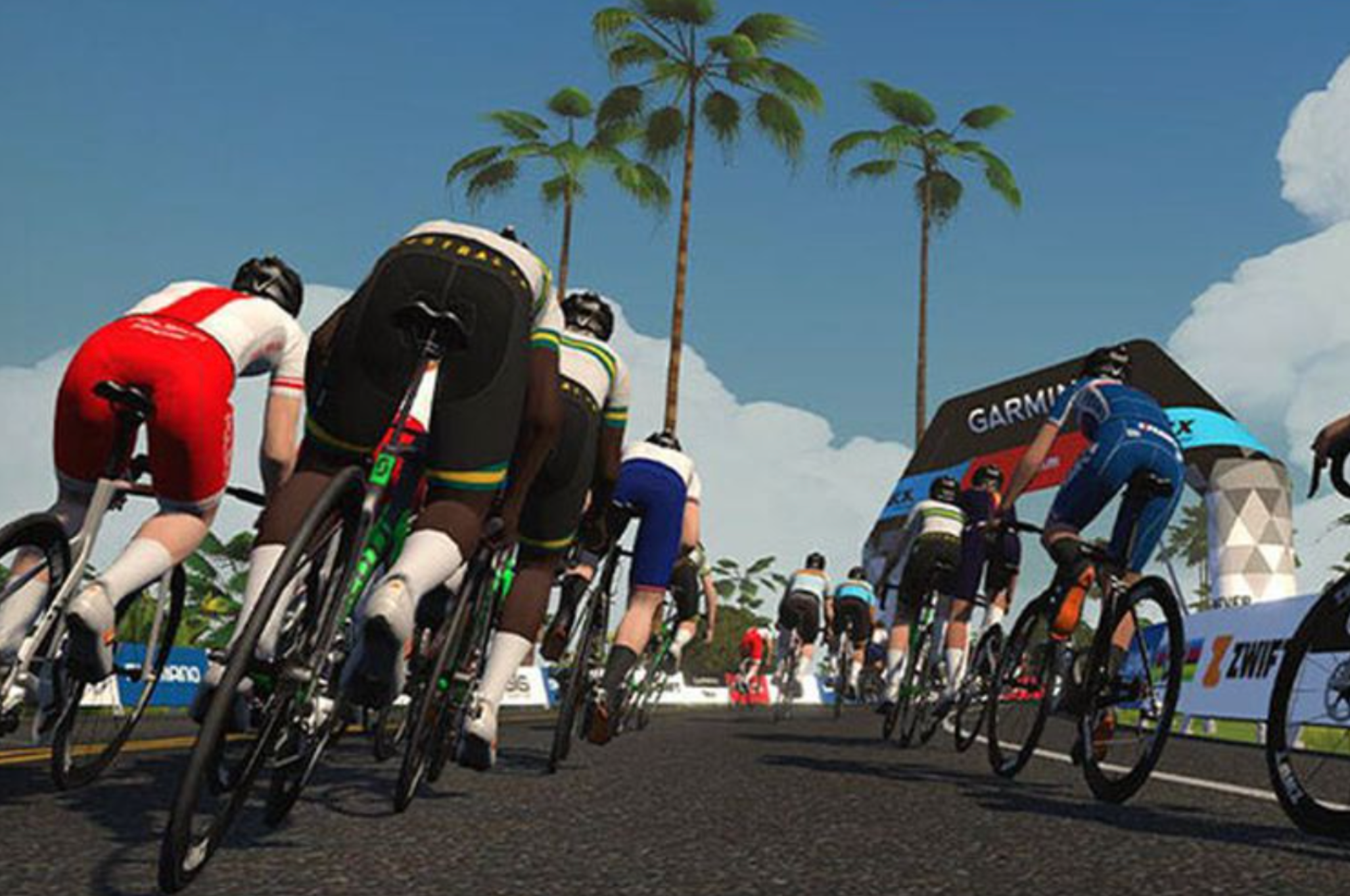 Eight tips to pull off a perfect Zwift race

Of course, nothing beats a nice outdoor ride in the sun, but as soon as temperatures drop and the clouds come floating in, Zwift is the perfect alternative to get your training done without getting cold and wet. It’s a nice way to tick off sessions in winter, and by joining some Zwift races you can keep yourself motivated. We made a collection of tips and tricks to get well-prepared to that virtual start line.

1. Be aware that Zwift racing is different from “normal” racing

Even though Zwift tries hard to make indoor racing as similar to outdoor racing as it can be, it’s simply not the same, and it helps if you’re prepared for that. To avoid frustration about your power output and speed, we should start of by saying that you generally can’t compare your indoor performance with your outdoor performance. Of course, indoors you miss the elements like wind, aerodynamics and technical skills won’t help you in the virtual world. Still, Zwift does things to make indoor racing feel as real as possible; for instance, you’ll save watts as soon as you ride behind someone else.

2. Make sure you’re on time when starting a Zwift race

To enjoy a good start position, it’s recommended to get to the start line well ahead of the race. People that arrive later will start at the end of the group.

3. Watts per kilogram is what matters

Don’t pay too much attention to your watts when riding on Zwift. Despite the fact that it’s usually different from outside, you can’t compare your watts with someone else. You can instead compare watts/kg with surrounding cyclists to get an idea of how hard you need to push to stay of them, or how much power is needed for a breakaway.

4. Warm up before joining a Zwift race

It’s usually full gas as soon as a Zwift race starts. It can be quite hard on your body if you haven’t done any warming up. Make sure you rode a few km before joining a race, so that you can peak right from the start; you’ll need that because athletes generally take off fast when racing on Zwift. And just like in real life, if you miss the group, it will be hard to get back. It’s also good to start sprinting about five seconds before the start of the race; it takes some time before your avatar imitates what you do on your indoor bike.

5. Pace yourself well and don’t expect much recovery time

It may seem to be in contradiction with the previous tip, but it’s important to find the right balance between pushing hard and being in the red zone for too long. While the pace in a real cycling race usually drops after you’ve been in the red for a while, on Zwift that’s usually not so much the case. You usually have to work hard the entire race in order to do well. That means if you dig too deep in the beginning, you won’t have any time to recharge your batteries halfway through the race; not without dropping back in the ranking at least. Also note that the final five kilometers are rough; save some energy for that.

6. Make use of Power-Ups

Zwift is in the end a bit of a computer game, and you see that with the PowerUps that you can earn. There are certain moments in a race where you can earn extra “superpowers”, but you shouldn’t forget to make use of them, because otherwise they just disappear.

You can earn PowerUps that make you 9.5 kg lighter for fifteen seconds, referred to as Featherweight. There is also a PowerUp – Draft Boost – that let’s you enjoy 50 percent extra draft for 30 seconds. The third PowerUp is Aero Boost, which can be used for 15 seconds of enhanced aerodynamics. Then there is the Burrito, which stops anyone – for ten seconds – from enjoying your draft. Finally, there is the Cloaking PowerUp, which makes you invisible for ten seconds – very useful for a secret escape.

7. Be aware of a few seconds delay between you and your avatar

It takes some time before your moving translates onto your avatar in Zwift. The delay is two to three seconds, and that’s important to keep in mind to get your timing right. Also make sure to be sharp when the finish line approaches, because while in road races the sprint usually starts with about 200 meters to go, in the virtual world you’ll probably need to go all out with 500 meters until the finish line.

It may seem obvious, but in the virtual world of Zwift the bike makes a difference too. So pick a gravel bike if you ride off-road and pick a light bike when you want to ride in the mountains. You can even “buy” an aerodynamic helmet, but it all comes at a price. Because just like in the real world, the best material is hard on your wallet.