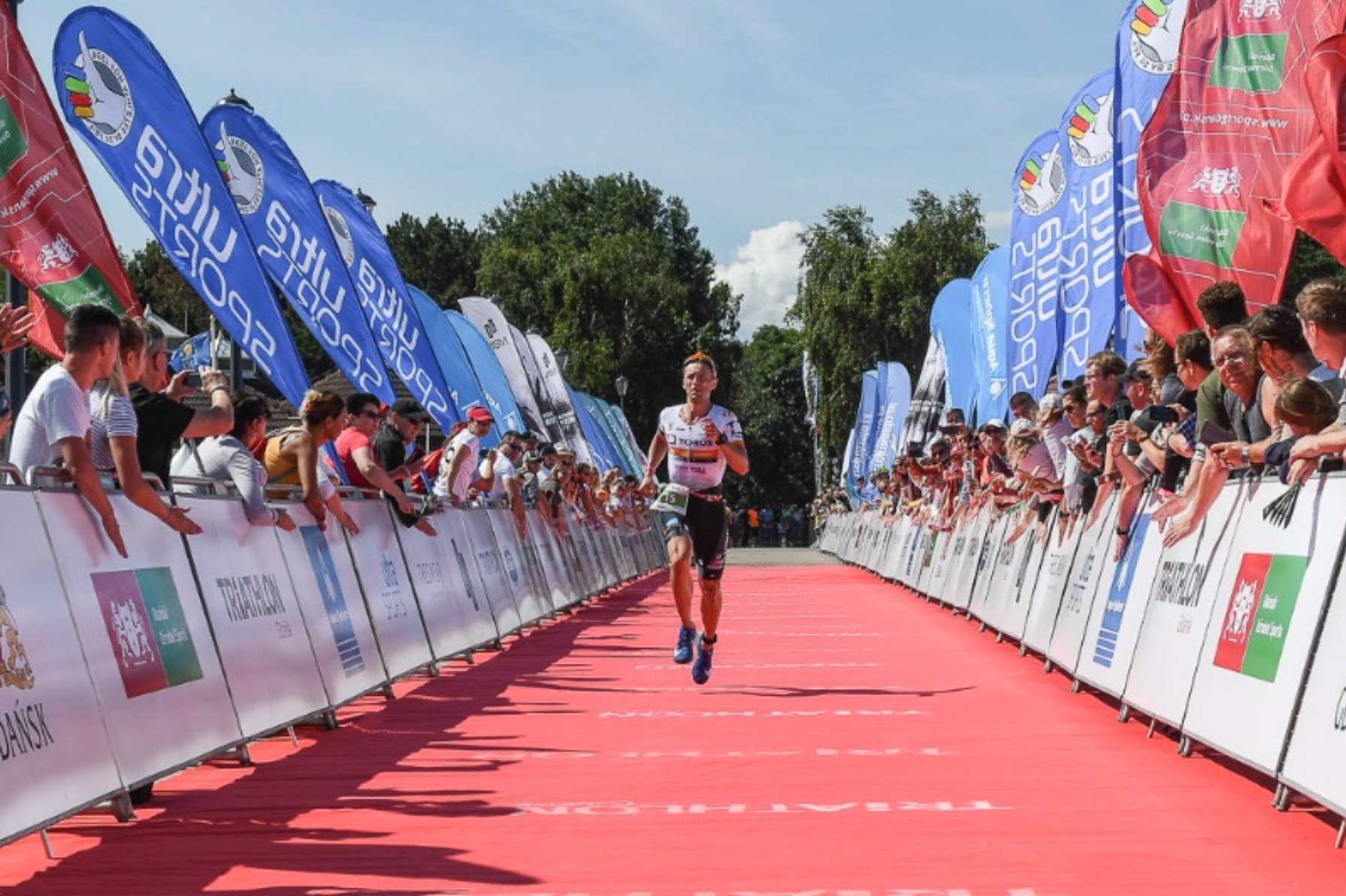 Why Challenge Gdansk should be on your race calendar

The chance to clock a fast time, partly cycling through a long tunnel, an amazing vibe around the beach finish and exploring the hidden gem that Gdańsk (Poland) is. It wouldn’t stop there, because there are many more reasons to give this relatively new race a go. Challenge Gdańsk took place for a first time in the spring of 2021 and despite it being a new race, many athletes were drawn to the magical Polish city to try out this event. Not only for a Middle Distance triathlon, but also the short-distance races the day before were popular. While hundreds of people enjoyed a sunny day on the beach, athletes ran through the forest and finished a rough day on the pier.

The successful first edition of Challenge Gdansk didn’t go unnoticed, as the race was voted Race of the Year in the Challenge Family Race Awards 2021.

Cycling through a tunnel

Challenge Gdansk takes place at a unique race location at the beachfront, just outside the historic city. Triathletes swim in the Baltic Sea, around the pier before they return to the beach to head over to T1, which is also T2. The bike part might be the most spectacular part of Challenge Gdansk, as athletes get to drive on a big road leading around the city, which is completely shut down for traffic. The most spectacular thing about this bike course: halfway the three-lap out-and-back course, athletes drive through a dark tunnel, which is over one km long. Participants will head through this tunnel a total of six times.


Run through the forest and along the beach

The run of Challenge Gdanks leads along the beach and through a forest that provides some nice shade on a hot day. Parts of the course are covered with broken shells, which meant athletes run “off-road” – enjoying some cushioning – without losing much speed. After four laps, athletes can enjoy the beautiful finish stadium and an enthusiastic crowd on the Gdansk Pier.

Gdansk: definitely worth a visit

It’s not one of the most popular cities for a city trip within Europe, but it definitely should be. Former Hanseatic city, Gdansk may surprise you with its picturesque city center that offers the perfect vibe for a nice dinner night or a day stroll. While Warsaw is the first city people think of when visiting Poland, Gdanks, at the coast – about 300 km northwest from Warsaw – offers a similar atmosphere plus it has the advantage of being at the shore. That is definitely a pre on a hot day like it was on Jun. 20, 2021, when the first edition of Challenge Gdansk took place.


Teagle and De Vries for the win

It were Britain’s James Teagle and Dutch Sarissa de Vries who claimed the win during this first edition. Both worked hard for it on the run. In the men’s race, Teagle was able to outrun great runners like Spain’s Pablo Dapena Gonzalez and South Africa’s Matt Trautman, while De Vries tried to get back to the front ever since the swim, as Britain’s Lucy Hall was well ahead after that first discipline. On the bike, De Vries didn’t get much closer, but on the run she eventually caught up with Hall, who ended up struggling.