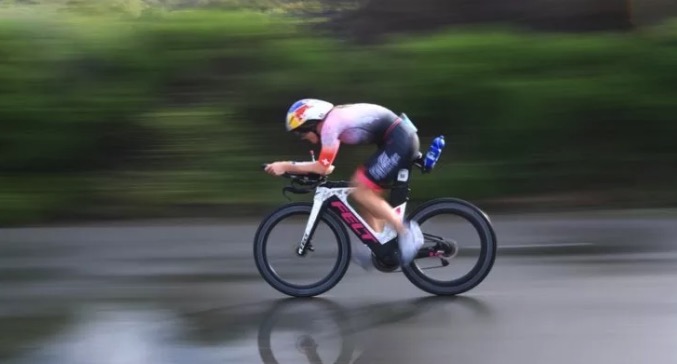 With the kick-off of the 2022 North America Ironman season at Athletic Brewing IRONMAN 70.3 Oceanside triathlon on Saturday, April 2, the Ironman Foundation will distribute more than US$30,000 in charitable giveback to non-profit initiatives and groups in the greater Oceanside area. This year’s grant funding brings the total giveback to over US$425,000 in the region since inception. During Saturday’s event, a Gold Star Family will also be honoured through the Gold Star Initiative program.

Gold Star Initiative
Through the Gold Star Initiative, Ironman and Ironman 70.3 athletes who have served in the US military carry the American flag during the run portion of the event and present it to a Gold Star Family. ‘This program allows athletes to play a part in the healing process of those families who have lost a loved one in the name of freedom.’

Navy Lieutenant Commander, Jondi Bernardo will serve as the Gold Star Initiative Athlete at Ironman 70.3 Oceanside and will race in honour of Army Staff Sergeant Bryan Burgess. Lt Commander Bernardo served in the United States Navy from 1987 to 1992 and in the United States Navy Reserves from 1992 to 2010 as a Navy Surface Warfare Officer. Bernardo is a four-time IM finisher, a nine-time Ironman 70.3 finisher, a three-time ultramarathon finisher, and a four-time Marine Corps Marathon finisher. Bernardo is the founder of Oceanside Multisport Group – an active multisport club for athletes of all levels. He will carry the American flag during the run portion of the triathlon in honour of Army Staff Sgt Bryan Burgess, who passed away in 2011 at the age of 29 after enemy forces attacked his unit in Afghanistan. The Texas native had been in the Army for nine years. His wife and two children will receive the flag following the completion of Lt. Commander Bernardo’s race.

Service Project
The Ironman Foundation will host its fourth Junior Seau Foundation Adaptive Youth Surf Clinic presented by Challenged Athletes Foundation on Sunday, April 3, 2022, from 09:00 to 12:00 PT at the South Oceanside Pier. The event will include specialized sessions for youth, women, and military/adults with physical challenges.

Kristine Entwistle, CAF Executive Director, said “The continuing partnership between the Challenged Athletes Foundation (CAF), the Ironman Foundation, and the Junior Seau Foundation is so beneficial for local individuals with physical challenges who want to enjoy the stoke of surfing and learn new skills. The Challenged Athletes Foundation is honoured to be a part of this community event where many of the volunteers returned to help out after participating IRONMAN 70.3 Oceanside the day before.”