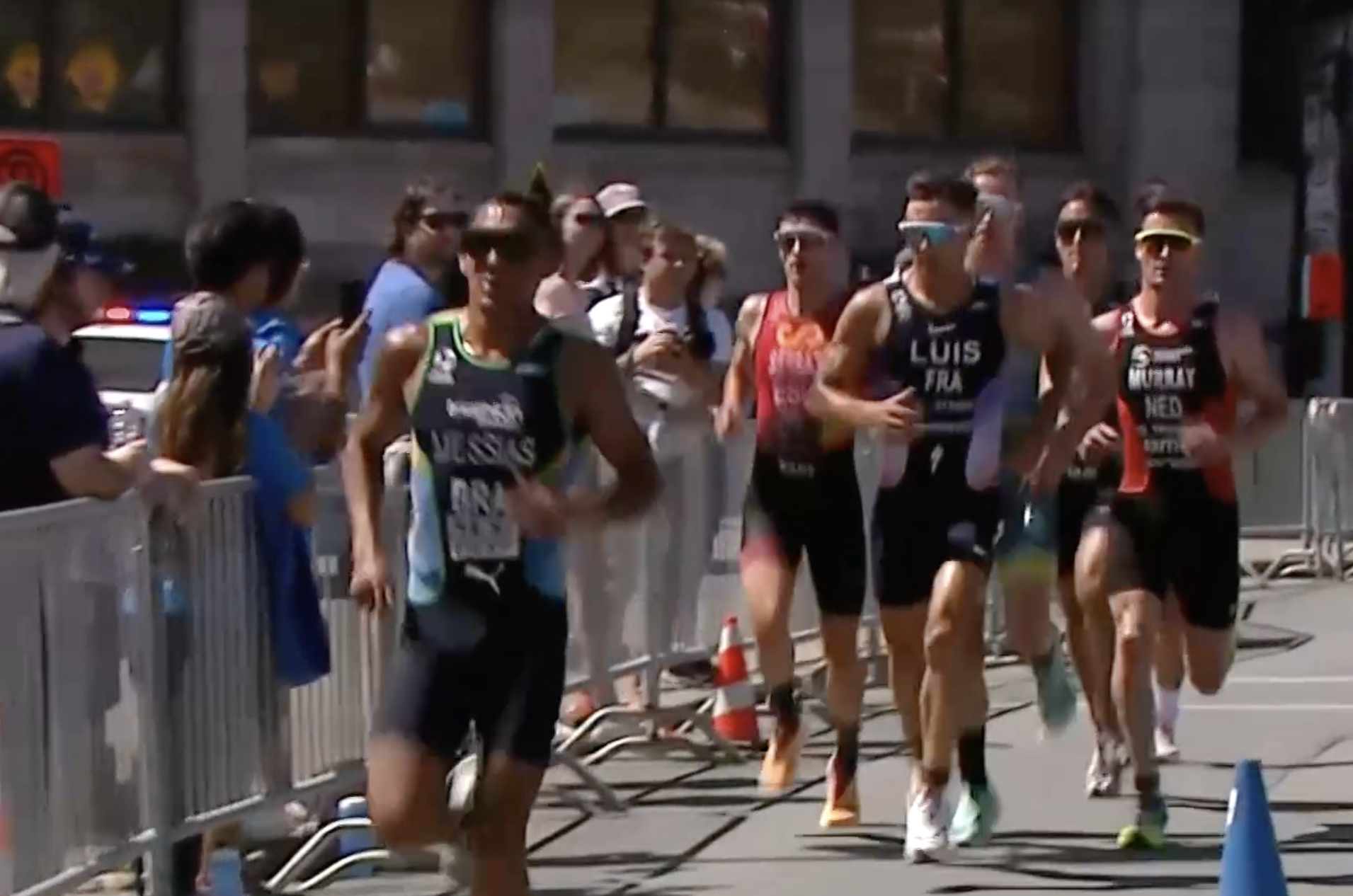 Brazil’s Manoel Messias and Morocco’s Jawad Abdelmoula were first to cross the line in the two men’s qualifier series that took place today in Montreal. On Saturday, athletes will race the Eliminator Format of the World Triathlon Championship Series in Montreal, for which they can qualify by finishing top ten in today’s qualifier races, or being among the first 10 in the repachage later today.

Due to poor water quality – given the heavy rainfall of the last few days – the race format was changed to duathlon. That meant athletes had to run 1000 meters, bike 7.2 km, and then run another 2000 meters.

The first run was tough straight from the start, as some athletes in front pushed an impressive pace. Slovakia’s Richard Varga – who’s known to be a strong swimmer – struggled with this duathlon format and was dropped within a few hundred meters. Most other athletes managed to stay with the lead pack. Despite Swiss’ Sylvain Fridelance riding off on his own, that didn’t change on the bike course. Once back in T2, 26 athletes racked their bike seven seconds behind Fridelance. That meant everything came down to the run.

Fridelance was soon caught, by Belgium’s Jelle Geens en France’s Leo Bergere. Behind them, the battle for 4th to 10th place was on between a group of ten athletes. Meanwhile, Fridelance disappeared from the top twelve. In the final stretch, Abdelmoula moved himself into first place, while Geens took third and Britain’s Alex Yee finished in third place. The other seven athletes that qualified were Bergere, Jacob Birtwhistle (AUS), Matthew Mcelroy (USA), Brandon Copeland (AUS), Pierre le Corre (FRA), Dorian Coninx (FRA) and Charles Paquet (CAN).

A big pack of – again – around 26 athletes took shape on the bike after nearly no athlete dropped off during the first run. With a big lead pack entering T2 simultaneously, the final run was the decisive factor. On the run, a perfect group of ten showed to possess the best run legs of the day, which meant they didn’t need to battle hard for a top ten finish, as long as they kept the pace high enough to not let people from behind get back to them.

Some of the race favorites that didn’t make the cut, and who will therefor be up for the repachage series, were Belgium’s Marten van Riel, Spain’s Genis Grau, New Zealand’s Tayler Reid, Japan’s Takumi Hojo, and Slovakia’s Richard Varga.