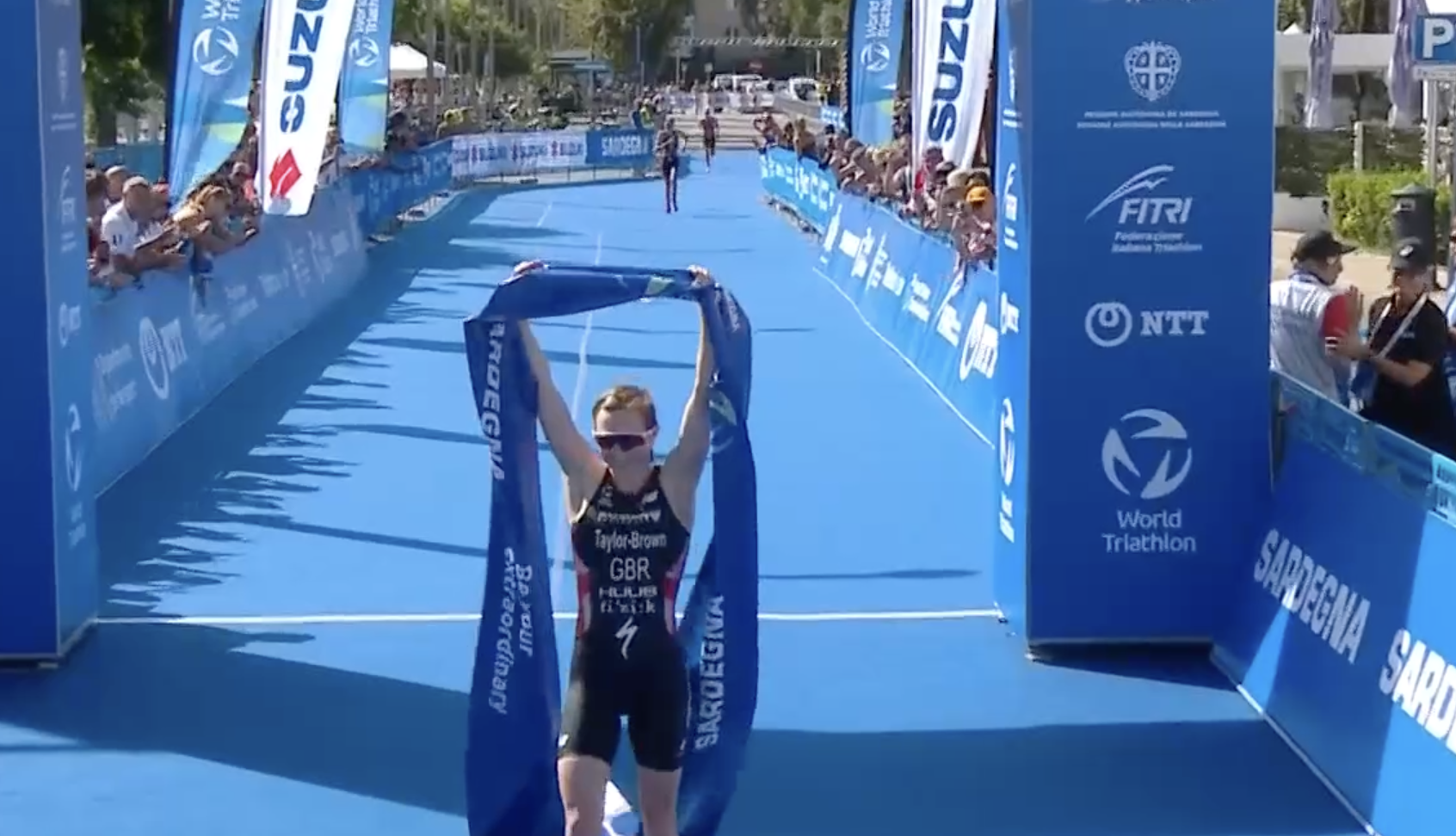 Georgia Taylor-Brown runs to an impressive victory at WTCS Cagliari

She was the biggest race favorite, and she was totally on fire again today: Britain’s Georgia Taylor-Brown just won the World Triathlon Championship Series in Cagliari. She outran France’s Emma Lombardi and America’s Taylor Knibb, who took second and third, respectively.

Up until the Australian exit, the field stayed rather close together, but during the second half of the swim part that changed. It were Brazil’s Vitoria Lopes, France’s Cassandre Beaugrand, America’s Summer Rappaport and Dutch Maya Kingma who set the pace in front, and who managed, in the final 750 meters, to pull the field onto a long line and break away from some weaker swimmers.

Once out of the water and onto the bike, the stronger swimmers started to hit the gas, hoping to keep the rest of the field off. However, with 25 athletes in the front pack, they hadn’t really managed to create a small breakaway. With, among others, Taylor-Brown, America’s Taylor Spivey, Britain’s Sophie Coldwell and Beaugrand, all race favorites were well in the mix during the bike part. After each technical turn, the strong cyclists in the front of the field pushed the pedals, which saw some weaker athletes drop off from the back of the group.

Meanwhile, a little group with some big names – Knibb, Julie Derron (SWI), Miriam Casillas Garcia (ESP), Jolien Vermeylen (BEL) and Anabel Knoll (GER) – worked well together to try to merge with the lead group. They bridged fifteen seconds in the first two laps and eventually caught the leaders in the third lap. For Knibb the surge didn’t stop there, because she immediately found her way to the front of the group and continued to set the pace. That saw the group break apart and left 11 athletes in the front of the field.

The little front group ended up creating a buffer to their chasers of 1:33 minute before starting the run. On the run, Taylor-Brown, Lombardi and Knibb soon found a position in front, as they left the rest of the field behind. In the final lap, Knibb had to let go of Taylor-Brown and Lombardi, but it didn’t take long before Lombardi followed, which left Taylor-Brown leading solo. Nobody was going to get in between her and the win anymore. Consequently, it was Taylor-Brown who broke the tape, 12 seconds ahead of Lombardi, who took third. Knibb claimed the bronze medal.