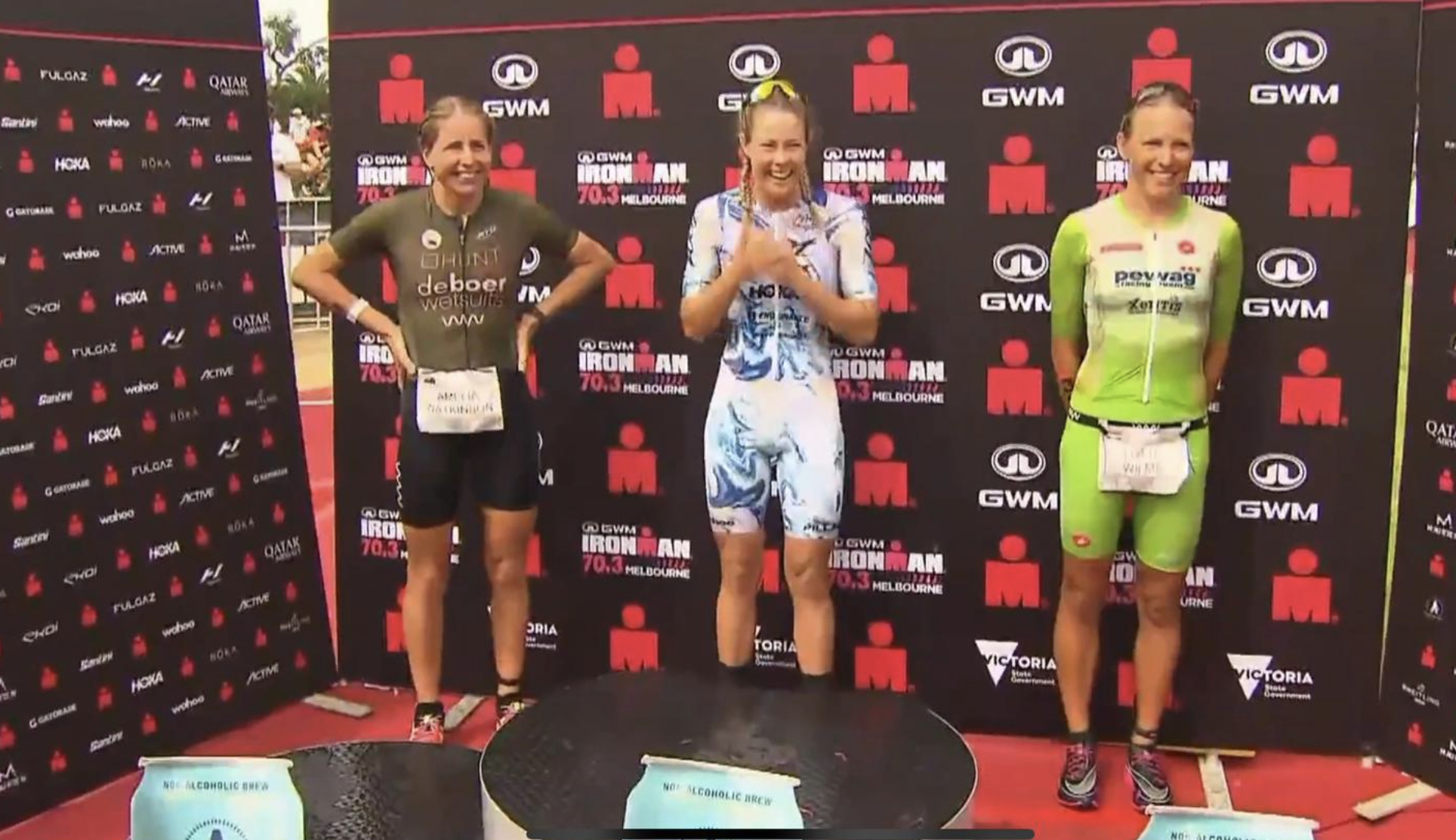 After a stunning battle, Steven McKenna and Ellie Salthouse won Ironman 70.3 Melbourne. Both athletes did so with supremacy, deciding the race during the run.

Mckenna was right at the front from the start in the men’s race; Kurt Fryer came out of the water first after 23:03 minutes, but in a large group Steven Mckenna immediately followed at just one second. In total, the group consisted of seven men: in addition to Fryer and McKenna, Charlie Quin, Kieran Storch, Fraser Walsh, Yoan Colin and Nicholas Free.

On the bike, this group stayed together for the entire 90 kilometers, so in that respect it was mostly waiting to see what would happen during the run. There, it was initially Quin who took over the lead solo and by the halfway point had even grabbed a lead of just under a minute over McKenna. Behind, the differences were bigger, as the third man – Free at that point – followed at almost three minutes.

In the closing stages of the run, Quin appeared to have wasted a little too much energy after all, as McKenna suddenly passed him with only a few kilometers to go, allowing McKenna to run to victory in a time of 3:39:12. Quin was second in 3:42:23 and Free third in 3:43:03.

In the women’s race, the eventual winner – Salthouse – also started the race well, although during the swim she had to accept the Dutch Lotte Wilms swim a minute away from her. On the bike, she eventually made up that deficit – which first remained the same for the first half of the bike – especially as Salthouse was overtaken by Amelia Watkinson and then caught up with Wilms. In the end, it was Salthouse, Watkinson and Wilms who returned as the leading trio in T2.

From then on, Salthouse took the lead in the race and during the run she only saw her lead increase. Watkinson followed in second and Wilms in third, but it didn’t really get exciting anymore. Salthouse ran to victory in a time of 4:03:18, Watkinson was second in 4:05:00 and Wilms third in 4:06:32.