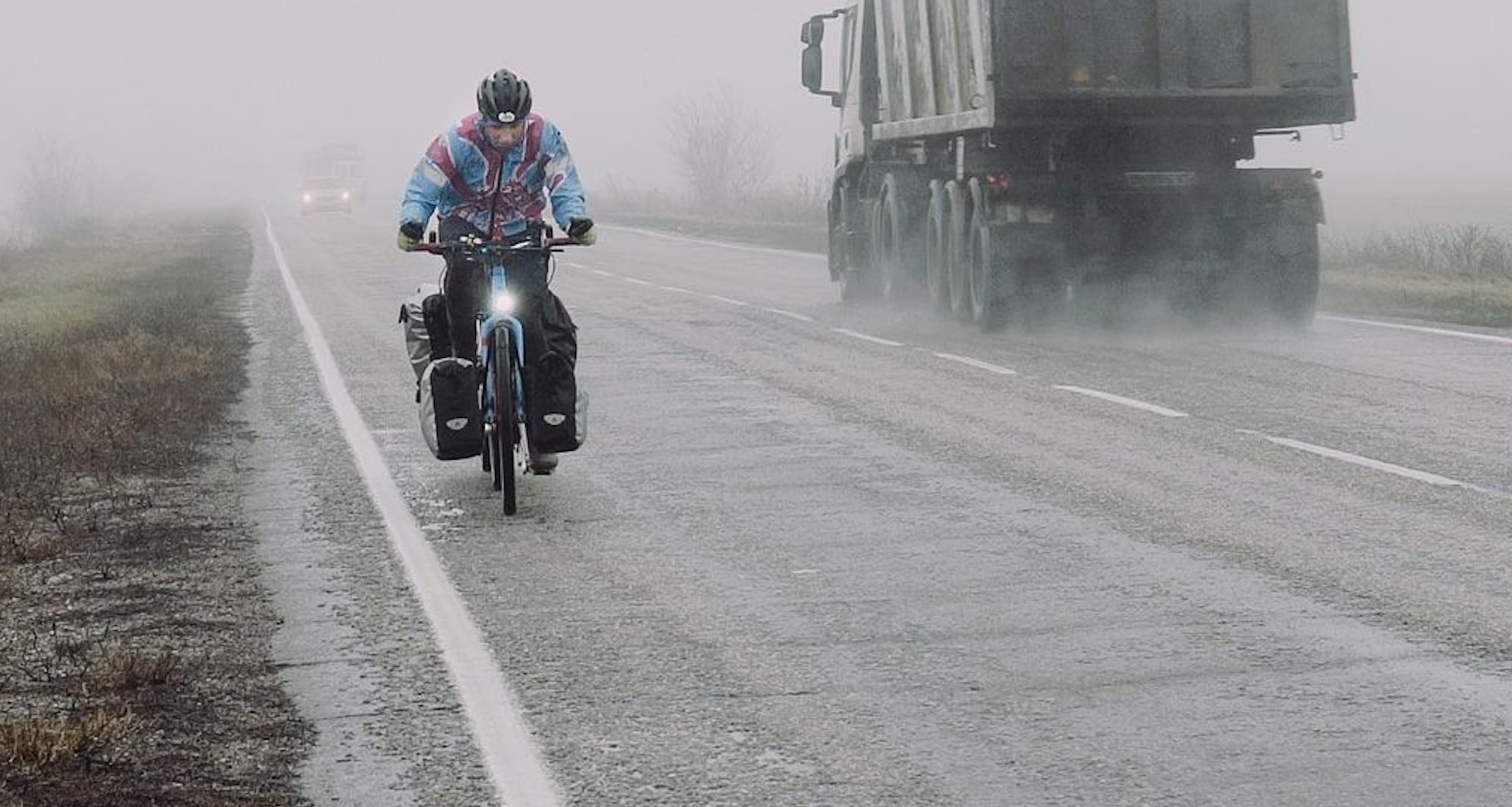 “I set out to live my dream: cycling from Bristol to Beijing on a tandem, joined by other CanLivers (a community of people living with cancer), rewriting the narrative of what is possible with a cancer diagnosis,” says Great Britain’s Luke Grenfell-Shaw. Why is he taking on such a huge challenge? “To show that everyone can create opportunities for a rich and fulfilled life, even with cancer.”

On Jan. 1, 2020, Grenfell-Shaw embarked on the journey of his life. Jumping on his tandem so other people could join him for parts of the route – he cycled out of Bristol.

On Jun. 19, 2018, Grenfell-Shaw, then 24, was diagnosed with cancer. “A very rare and aggressive sarcoma,” he says. “It was already metastatic and the primary tumor had spread to my lungs.” It turned his world turn upside down – within a few weeks the usually athletic Grenfell-Shaw had to spend much of his time in bed as he began chemotherapy.

While Grenfell-Shaw was going through the worst period in his life, fate struck again when a tragic accident took the life of his 25-year-old brother. “During my first round of chemotherapy, my brother, John fell to his death in the Lake District,” he remembers. But, facing a life-threatening health situation, Grenfell-Shaw barely had a chance to grieve.

“Halfway through chemotherapy I finished the Bristol Half Marathon”

In the next year he underwent a second bout of chemotherapy, along with surgery and radiotherapy. But he decided it wasn’t going to stop him: “I did everything that I could to keep living, richly and fully. Halfway through chemotherapy, in September, 2018, I finished the Bristol Half Marathon in 1 hour, 20 minutes and 8 seconds.”

Even though he’d run many ultra marathons before he became ill, it was a miracle that Grenfell-Shaw could run so fast while he was sick.

In the autumn of 2018, while still in chemotherapy, not only did Grenfell-Shaw get back to endurance training, he also started a Masters in Water Science, Policy and Management at the University of Oxford. One year later he graduated and prepared for the great adventure: cycling from Bristol to Beijing on a tandem in memory of his brother John, raising money for five different charities that support young people living with cancer.

With the coronavirus changing everything in the world, Grenfell-Shaw saw his plans change too. With borders closing and strict COVID measures in effect, he deviated from his planned route – a shut border forced him to ride through Turkey instead of Russia, for example.

On Instagram, Grenfell-Shaw shares the stories about his trip. He’s met many people along the way, got help from locals, while sometimes he just pitched his tent in the middle of nowhere. Different people have joined Grenfell-Shaw along the way, sitting on the back of his tandem and supporting him with some extra power.