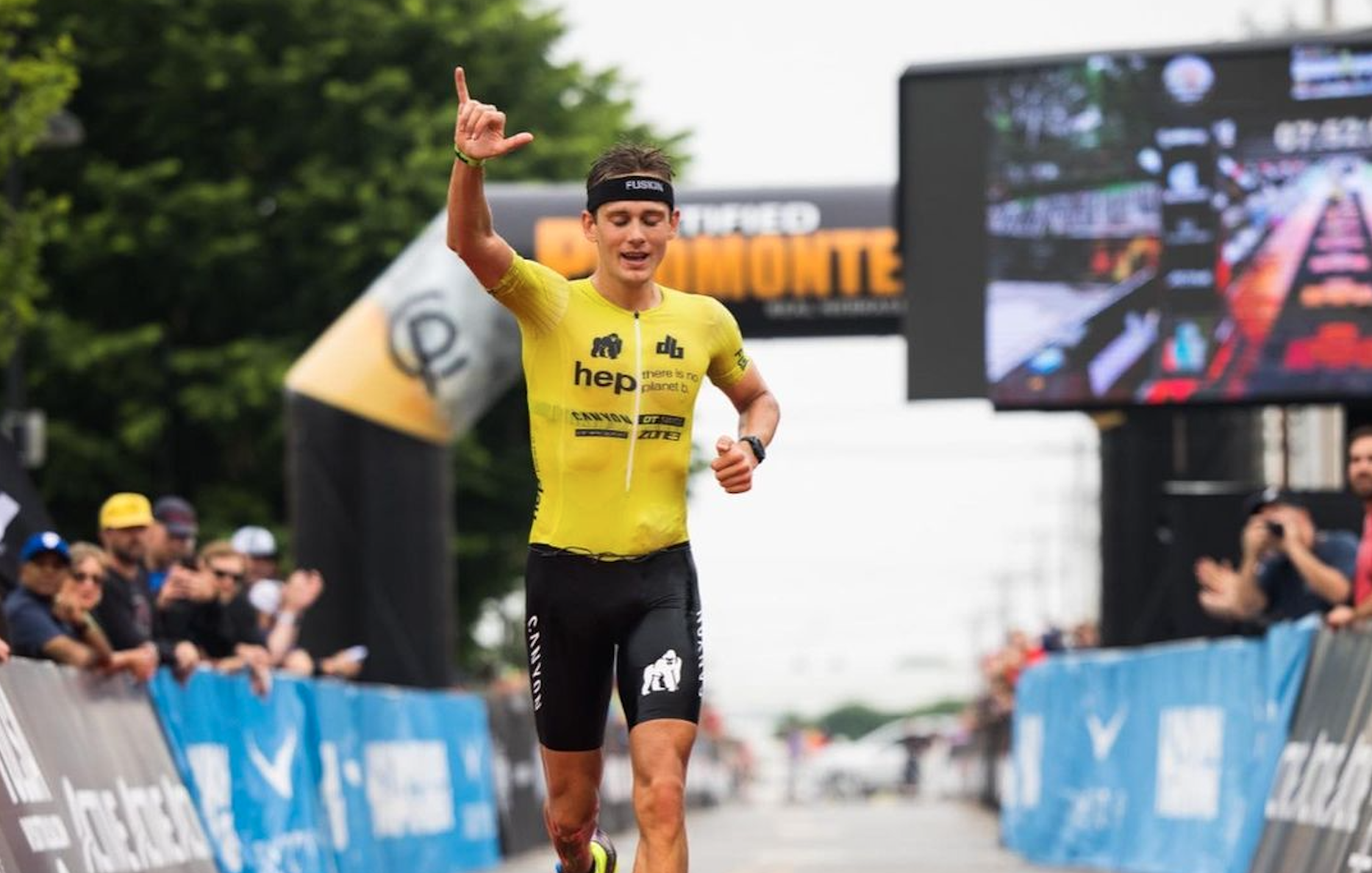 Disappointment and happiness: it can be a thin line in triathlon, which was apparent once again at yesterday’s Ironman North American Championship in Tulsa. While some athletes brought home a medal, others had to reflect on their race and realize they should have taken a different approach, either with race tactics or preparation. Let’s share some of the lessons that these athletes learned, and enjoy the euphoria that others felt through their social media posts after the event.

It was an emotional win for Patrick Lange who recently lost his mother. “I just want to tell my mother, she died last year of cancer – all the race I had her in my mind,” an emotional Lange said after crossing the finish line yesterday. “Her last words were that I want you to win multiple Ironmans. Coming here was emotional. I have such an amazing team around me – they pushed me to come here. This is maybe the fittest I’ve ever been. A friend of mine called me yesterday and said you will make a statement race. That’s what I did. I will give it my all to be in Kona and fight for the victory again.” On Instagram he writes: “Back to that winning feeling. Tulsa, you had it all.”

“I’m down but not broken,” a disappointed Long wrote on Instagram after his race. “A tough and frustrating day… I won’t say much more now. You can’t have all the days and I learned a lot. Congrats to Patrick Lange on a masterclass, Jan van Berkel on second and a blazing run and happy to see Daniel Baekkegard get 3rd, a result he was overdue for. The support was (and is) overwhelming and I know everyone believes in me. We will get it.”

“Happy to take the win at Ironman Tulsa leaving it all out there”, Ryf wrote after her second big win in the United States in a few weeks time. “After a solid swim and bike, the run was a good reminder how tough Ironman racing is. The support on the run course definitely helped me to make it to the finish. Thank you.”

“Emotionally overwhelmed,” Stein said about his bad-luck race. “I twisted my ankle at the last run yesterday.” “Wenn du kein Glück hast, kommt auch noch Pech hinzu,” Stein continued in German, which translates to “if you’re already not lucky, you will get bad luck too.”

“That probably took so much mental strength yesterday, that after swimming with a damaged left arm and right foot, the bike part was unusual bad. With this starting position, I didn’t want to risk anything worse while running. Should I be in the general shape I believe in, there will be more chances.”

“Kona bound, baby!” After his third place at the North American Championship, Baekkegard has nailed his slot for the Ironman World Championship. “I’ve never been hurting that much before”, he says about his race. “What a course and race it was. So stoked to stamp the ticket for worlds even though I had hopes for a result higher on the podium. Now it’s time to head back to Europe for regrouping and planning how to hit St. George and Kona as hard as possible.”

“Thank you Ironman Tulsa! Today was my best Ironman to date from an execution standpoint, and that alone is quite satisfying for me,” Moench says of her third place in Tulsa. “The flashy outcomes: a podium finish, and my first (but not last) sub-3 hour marathon.”

“What a day! Prep in the lead up to Tulsa has been excellent, and I had very high expectations of what I thought I could deliver,” Astle writes after her race. “I was delighted with the swim – coming out with Heather Jackson was where I was hoping to be. However, a slightly slow T1 meant she had a bit of a gap on me, and I didn’t have the legs to go with her. Disappointed that at my biggest race, yet my bike legs didn’t appear. Partly due to the power meter massively over reading (had I average 221w I think I would have been closer to the front), but mainly due to the legs just not having their usual firepower. I nearly stopped post the bike as I thought I was in a terrible position and should consider stopping and doing Ironman Bolton – but thought it was worth rolling the dice on the run given how good my running has been in training. Delighted that it paid off with a massive PB of a 3:03 marathon!”

“Actually pretty satisfied with yesterday’s race even though the result might not reflect it,” Hogenhaug reflects. “Swim fitness is progressing – barely missed the front group on the swim but lead the second group into T2 the last 2/3 of the swim. Onto the bike and a 15-20-man-big group quickly formed. Really chaotic and it felt like we lost time to the guys in front. It’s hard to form good teamwork with such a big group. You want to commit but don’t want to tow people along. Somehow got a gap with another guy, and we quickly agreed on five minute turns at the front. Later on we were caught by Sam Long, Joe Skipper and Bart Aernouts – who all 3 really did a good job at pulling in the front – and the occasional freeloaders from the big group. I took some turns at the front and then more or less sat in the last 90 min. I felt really good on the run…ditched my race plan and got carried away.”

Five men formed a small group on the run and made sure the pace was kept high. “I payed the price big time,” Hogenhaug comments on that hard run.