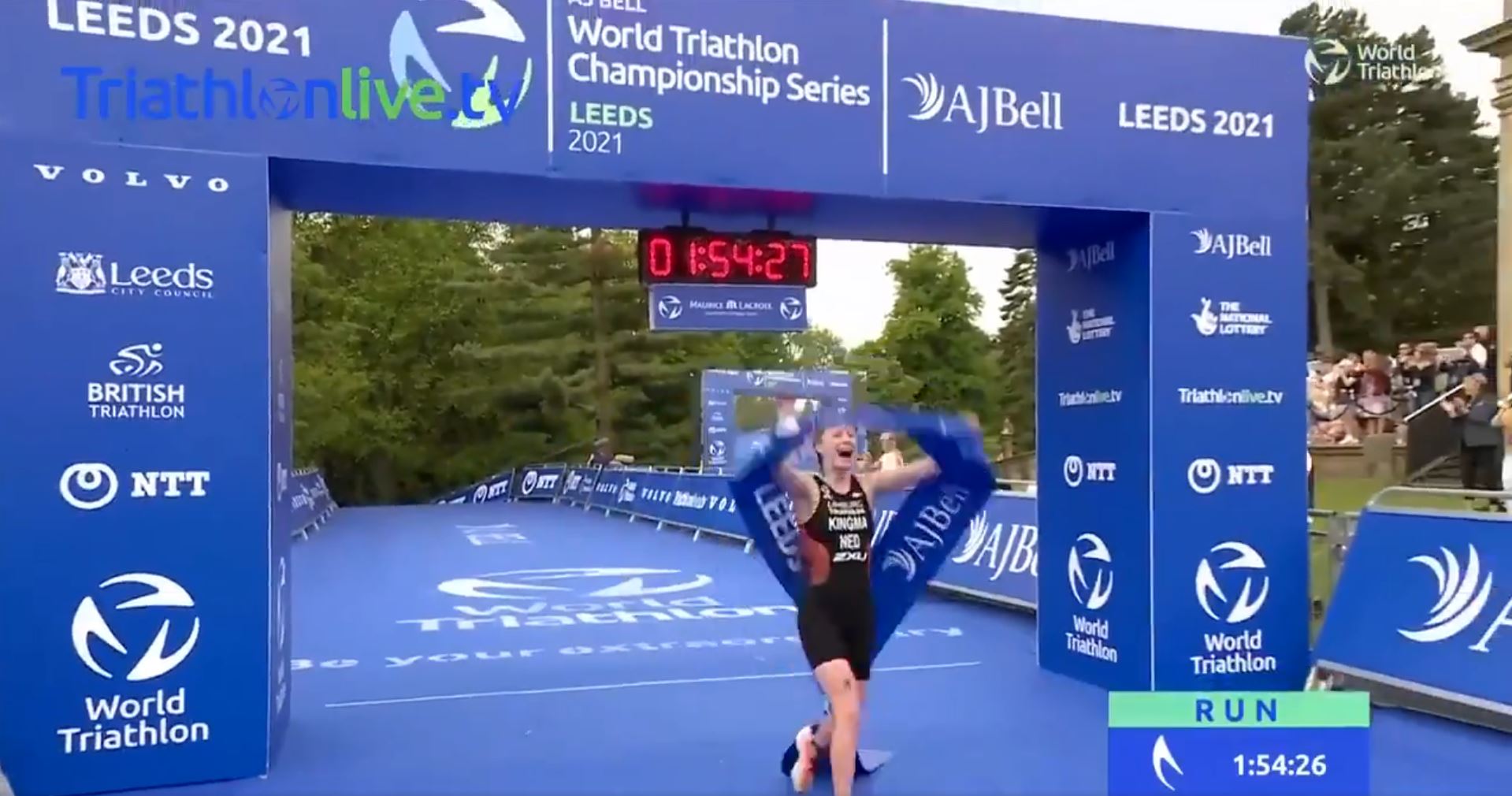 Kingma sprints to a brilliant victory at WTCS Leeds

The Netherlands Maya Kingma took her first World Triathlon Championship Series win in Leeds today thanks to a brilliant breakaway on the bike followed by an impressive sprint to the line.

Learmonth pushed the pace right out of T1, setting up a three-woman breakaway alongside Kingma and Learmonth. That left Charles-Barclay, Spivey and Lopes in a group chasing the leaders.

Flora Duffy was in a group 43 seconds down after the swim, and the two-time world champion quickly extricated herself from them to bridge up to the first chase group. Even with Duffy’s amazing cycling talents, though, the group of four couldn’t get themselves nearly as organized as the Kingma, Coldwell and Learmonth trio, who rode like a world-tour time trial team to steadily gain time on the rest of the field.

By the time they were all done the challenging Leeds bike course, the leaders came off the bike over two minutes up on the first chase group, and 3:41 ahead of the second large chase group that included some big names like Katie Zaferes (USA), Beth Potter (GBR), Cassandra Beaugrand (FRA), Kirsten Kasper (USA) and Non Stanford (GBR).

As she did at WTCS Yokohama, Kingma charged out onto the run course, but Learmonth and Coldwell were able to match her move. Coldwell would drop off the pace in the second lap, setting up a duel between Kingma and Learmonth for the win. Behind them Duffy quickly pulled away from the rest of her group, leaving Spivey and Charles-Barclay in battle for fifth spot.

With less than a kilometer to go Kingma made her move on a long downhill, sprinting away from the Brit and holding on up the final steep hill into the finish for the win.

“From the swim I had good legs. I was so happy to be with Jess and Sophie,” Kingma said after the race. “I kept pushing … This run, I really surprised myself with that. Jess was so strong on the uphill, I thought I had to try it on the downhill.”

Learmonth would take second, with Coldwell hanging on for third and Duffy ending up fourth. Charles-Barclay continued her amazing debut by outsprinting Spivey to the line for fifth, with Beth Potter running herself from the main group to take sixth.

Today’s result sets Spivey up in a strong position to represent the US at the Olympics – the final American spot is between her and Katie Zaferes, who finished 17th today.