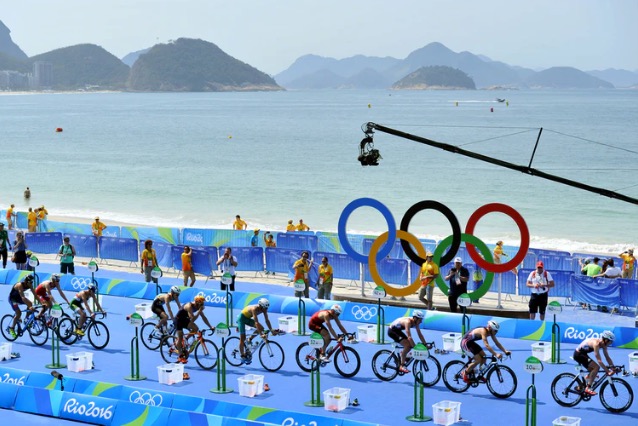 From Sydney to Rio de Janeiro: this happened during five Olympic triathlons

With the Olympics just around the corner, we look back at previous editions of the race. The triathlon has been on the Olympic calendar since 2000 and so this coming week in Tokyo will be the sixth edition. Sydney, Athens, Beijing, London and Rio de Janeiro: these are all the champions and podium finishers!

The Olympic triathlon got its start in Sydney 21 years ago. It was Canadian Simon Whitfield who claimed the first Olympic triathlon gold in front of the Operah House: he won the race in 1:48:24. Thirteen seconds after Whitfield it was German Stefan Vuckovic who came in second, and another eight seconds behind Vuckovic it was Czech Jan Rehula who crossed the line in third.

In the women’s race, it was Switzerland’s Brigitte McMahon who took the gold medal at the Olympic debut. It took her 2:00:39 to complete her golden race, two seconds less than Australian runner-up Michellie Jones. Switzerland’s Magali Di Marco Messmer took the bronze.

In 2008, German Jan Frodeno made himself immortal by claiming Olympic gold. With a time of 1:48:52, he proved to be the strongest athlete. Canadian Simon Whitfield, the gold medalist in 2000, took the silver medal this time. Behind him it was New Zealand’s Bevan Dochterty who claimed bronze.

Starting in 2012 the Brownlee era was upon us: Alistair won the Olympic gold in front of his home crowd after a race that took him 1:46:25. Spain’s Javier Gomez Noya took the silver eleven seconds later and brother Jonathan Brownlee claimed the bronze medal.

Nicola Spirig – competing in her fifth Olympics in Tokyo this year – won Olympic gold by beating Lisa Nordén in a thrilling final sprint. The Swiss and Swedish athletes fought until the last meter in a thrilling photo finish. It took a while to decide that Spirig was the Olympic champion. Australia’s Erin Densham won the bronze.

Saturday’s Collins Cup: we have all the battles and interesting quotes