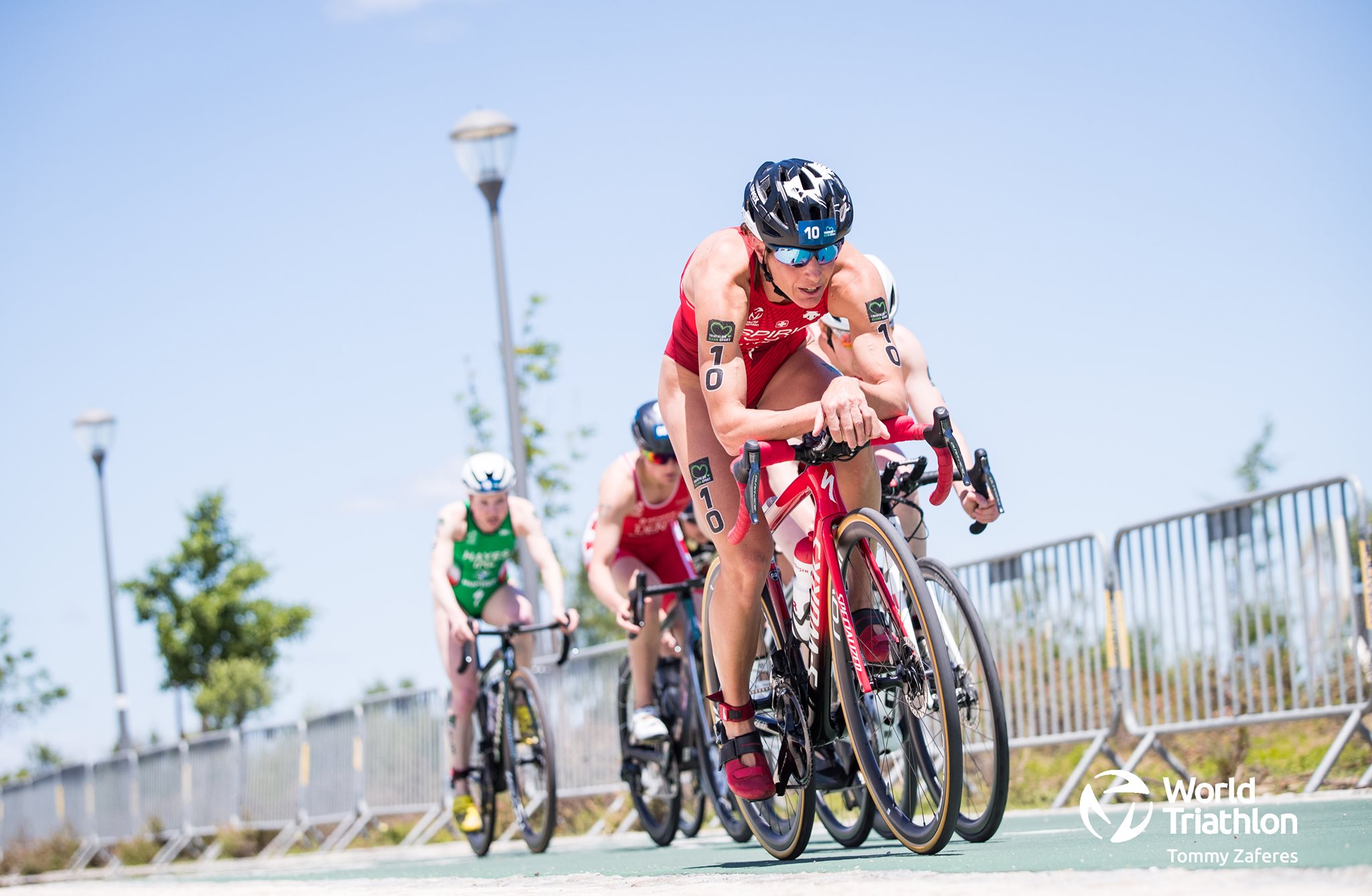 Yesterday we previewed the men’s race at the Olympics in Tokyo – today we have a look at another race that seems to be as difficult to predict, the women’s individual triathlon. While it seems very probable that we’ll see a big bunch hit T2 together in the men’s event, there’s a much better chance that we could see a breakaway group get clear in the women’s race, which could make for some interesting dynamics.

Like the men’s race, heat is going play a huge factor on race day. The conditions in Tokyo are expected to very hot and humid. Even the water in Tokyo Bay is said to be nearing 30 degrees C. As with the men the race course features a 1.5 km swim that includes a 1 km and 500 m lap that starts on a pontoon and heads towards Bird Island. That’s followed by a technical, eight-lap bike course that features a few 180 degree turns. The four-lap run course circles the park before finishing next to Tokyo Bay.

And, like the men’s race, there could be a big lead group coming out of the water together. Some of the strong swimmers in the field include the Great Britain super-trio of Jessica Learmonth (likely to be first out), Georgia Taylor-Brown and Vicky Holland, Brazil’s Vittoria Lopes, Bermuda’s Flora Duffy, the Netherlands’ Maya Kingma and Americans Taylor Knibb and Summer Rappaport. The 2019 world champion Katie Zaferes hasn’t shown her top form so far in 2021, but the US selectors obviously felt she could get there by the Games, so we won’t be surprised if she’s among that group, too.

In Yokohama earlier this year Knibb and Kingma rode away from the rest of the field and it’s not hard to imagine that Duffy could help spearhead that breakaway. It’s hard to imagine that Learmonth won’t be part of that group, too, which means her two teammates could be along for the ride. If Rappaport can just handle the technical components of the bike course a bit better, you could count her in, which would make for a strong group at the front.

There’s one problem any breakaway group has to deal with, though, and that’s the Nicola Spirig train. While she could be as far back as a minute after the swim, that isn’t always the case, and based on her impressive racing and apparent fitness right now, even if she’s a ways back after the first leg, you can expect to see her power towards the front, bringing the rest of the chase group along for the ride.

Duffy would still remain a favorite in that scenario, though. She had the fastest run split at WTCS Leeds and she appears to be building into excellent shape at just the right time. She and Zaferes would likely fare well if the pace is kept high on the bike and everyone hits the run with tired legs. Spirig excels in that kind of race, too.

If there is a reasonably sized group hitting the run together, though, there are some excellent runners in the field who could also contend for the medals. Rappaport is likely chief among those along with Holland, but Australian Ashleigh Gentle is another woman who could pull out all the stops on the run, as is France’s Cassandre Beaugrand.

All of which makes for some exciting dynamics. You have a few athletes (Duffy and Zaferes) who can potentially win the race in a variety of scenarios. There are a number of athletes who will need some space off the bike to have a good chance to earn a medal – Kingma, Knibb and Learmonth appear to fit in that category. Then you have Spirig who could be a game changer in the race. In Rio she surprised everyone by being near the front very early on the bike, but if you go by more recent racing history, she’s likely to be leading a charge from behind starting the bike ride, which could set up some other women for a good day.

A race full of possibilities. It is exciting just to think about it.