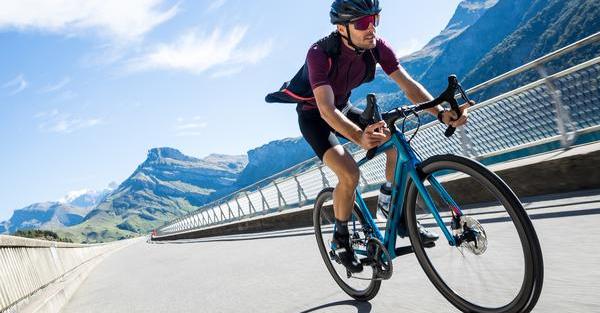 Long one of triathlon’s iconic bike brands, Jim Felt founded Felt Bicycles in 1991. Over the years numerous Kona champions including Paula Newby Fraser, Mirinda Carfrae and Daniela Ryf have ridden the bikes. Based in southern California, Felt expanded from its triathlon routes and has become a major player in the road, track, cyclocross and gravel space over the years, outfitting everything from cycling world champions to Tour de France stage winners. In 2017 French ski company Rossignol acquired the company and returned Felt’s focus to speed and performance bikes.

Pierer Mobility Group is one of Europe’s largest motorcycle, e-scooter and e-bicycle manufacturers – it owns, amongst others, the KTM and Husqvarna Motorcycle brands. Pierer E-Bikes was launched in 2019, and Husqvarna also makes E-Bikes, too. As the company looks to expand into North America, Felt provides a big name with lots of retail reach, which will help Pierer with its desire to expand outside of Europe.

“The acquisition of Felt Bicycles fits perfectly with the overall strategy of Pierer E-Bikes – that of becoming a global player in the field of two-wheel mobility, with both electric and non-electric bikes, across all cycling categories,” says Stefan Pierer, the CEO of Pierer Mobility AG. “With Felt we are able to expand our bicycle portfolio and also strongly enter the North American market with an established, high-performance brand. The company is also heavily involved in competition, which brings an extra attraction for us.”

KTM Motorcycles has a rich history in competition, starting initially as a manufacturer of off-road motorcycles (enduro, motocross and supermoto bikes), but having steadily expanded into the street-bike market as well.

The acquisition of Felt will give Pierer an immediate expansion into the pedal-powered two-wheel industry – now the company will have its foot in combustion-powered motorocycles along with e-motorcycles, e-bicycles, e-scooters and regular bicycles. Felt Bicycles will likely benefit from Pierer’s extensive manufacturing capabilities in the future, especially in Europe, and also the company’s research and development arms that have been instrumental in its racing success over the years.

“Today is the most significant in our brand’s history,” Felt Bicycles said in a FaceBook post yesterday. “We join forces with a new partner that, like us, has long championed cutting-edge innovation, obsessed over the world’s finest product design, and is, above all else, rooted in racing.”