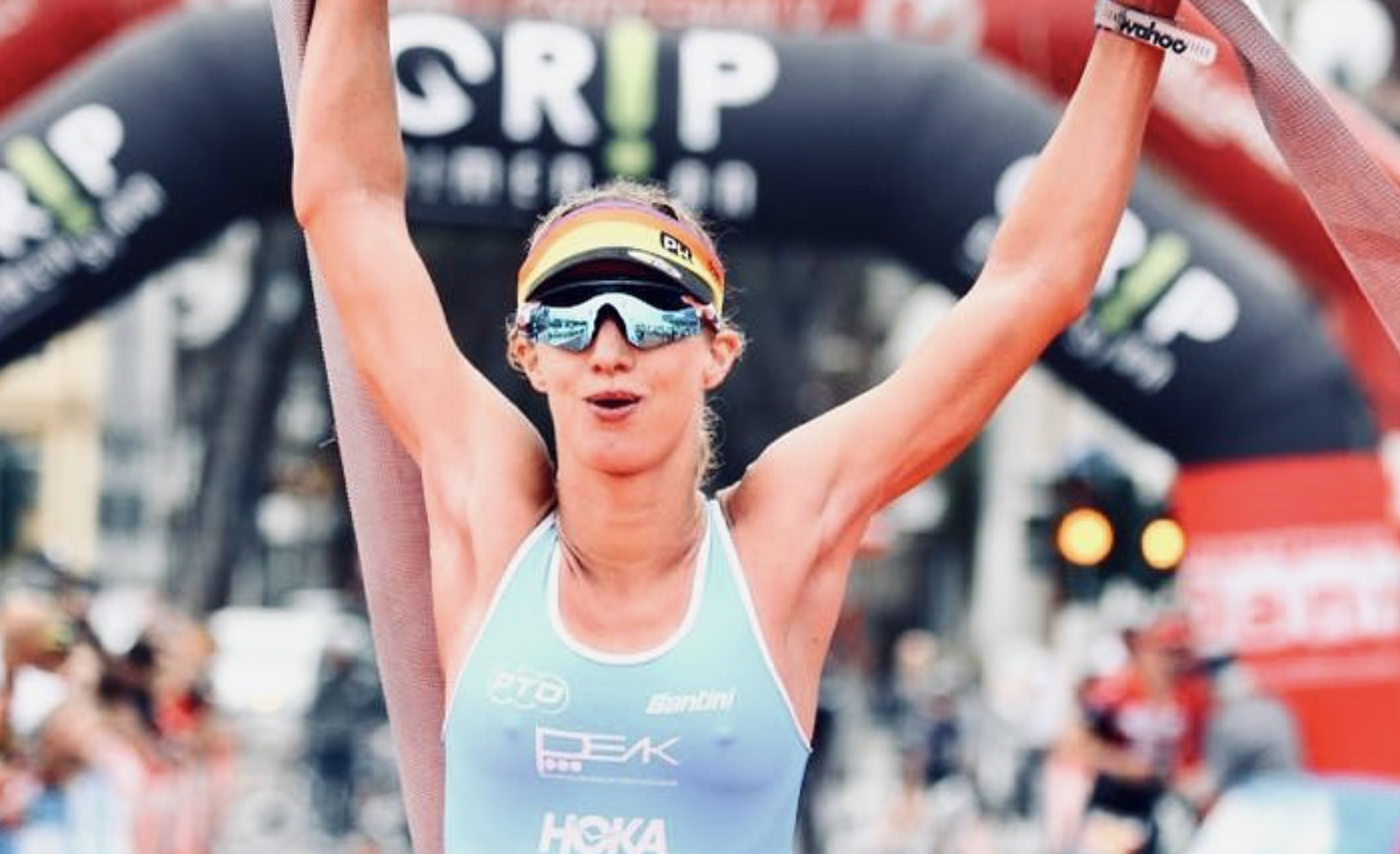 It was a matter of waiting until the final discipline, but once Dutch Youri Keulen had racked his bike, he was off. In the women’s race, the same happened for Britain’s Emma Pallant-Browne, who took over Swiss’ Nicola Spirig during the half-marathon and ended up breaking the tape at Ironman 70.3 Mallorca.

Britain’s Andrew Horsfall Turner pulled off a strong swim and therefor reached his bike in first place. Keulen only exited the water in 14th place, 37 seconds behind the leader. With no big gaps being created in the water, a big group took shape on the bike. Mignon and Denmark’s Thor Bendix Madsen didn’t feel like riding in a pack, and therefor took off together. After 35 km, the two were in the lead, but former professional cyclist Ruben Zeputnke – who exited the water outside the top 20 after the swim – started to move up.

While Zepuntke joined the group of Mignon in front, the big group – containing Keulen – thinned out. After 60 km, quite some athletes had fallen off, leaving a group of “only” eight athletes. Just before T2, Keulen en Mennesson managed to leave the group and create a little advantage – 20 seconds – for themselves when getting onto the run. In front, there was still a group of three athletes at that point: Britain’s George Goodwin, Zepuntke and Mignon. They entered T2 24 seconds before Keulen.

On the run, Keulen really got into a rhythm. With an impressive pace, he ran to second place in the first 10K. Given his speed, it was only a matter of time before he would pass Mignon, who was still leading at that point. With 5 km to go, Keulen managed to take over. Running a 1:10 hour half-marathon, Keulen claimed his first professional win. 1:17 minute later, Mennesson finished in second and Mignon completed the podium (+1:34).

24:51 minutes. That’s how long Margie Santimaria needed to complete the 1900 meters of swimming. The Italian athlete was first out of the water, but three athletes followed right behind her: Pallant-Browne, America’s Chelsea Sodaro, Germany’s Saskia Käs and France’s Manon Genet. Nicola Spirig exited the water in fifth place (+0:48).

Spirig’s deficit soon vanished as she jumped onto the bike. After a few kilometers, the Swiss athlete rode in first place. Pallant-Browne was the only one who managed to stay close to her. Slowly but steadily, Spirig extended her lead to Pallant-Browne. With a buffer of two minutes in T2, Spirig was first to rack her bike. Pallant-Browne entered the run course in second place.

During that final discipline, Pallant-Browne found some extra energy, and it didn’t take long before she started to be a threat to Spirig. After six km, Spirig saw Pallant-Browne fly by. Spirig continued her fight for second, but Pallant-Browne made it clear that nobody was getting in between her and the victory today.