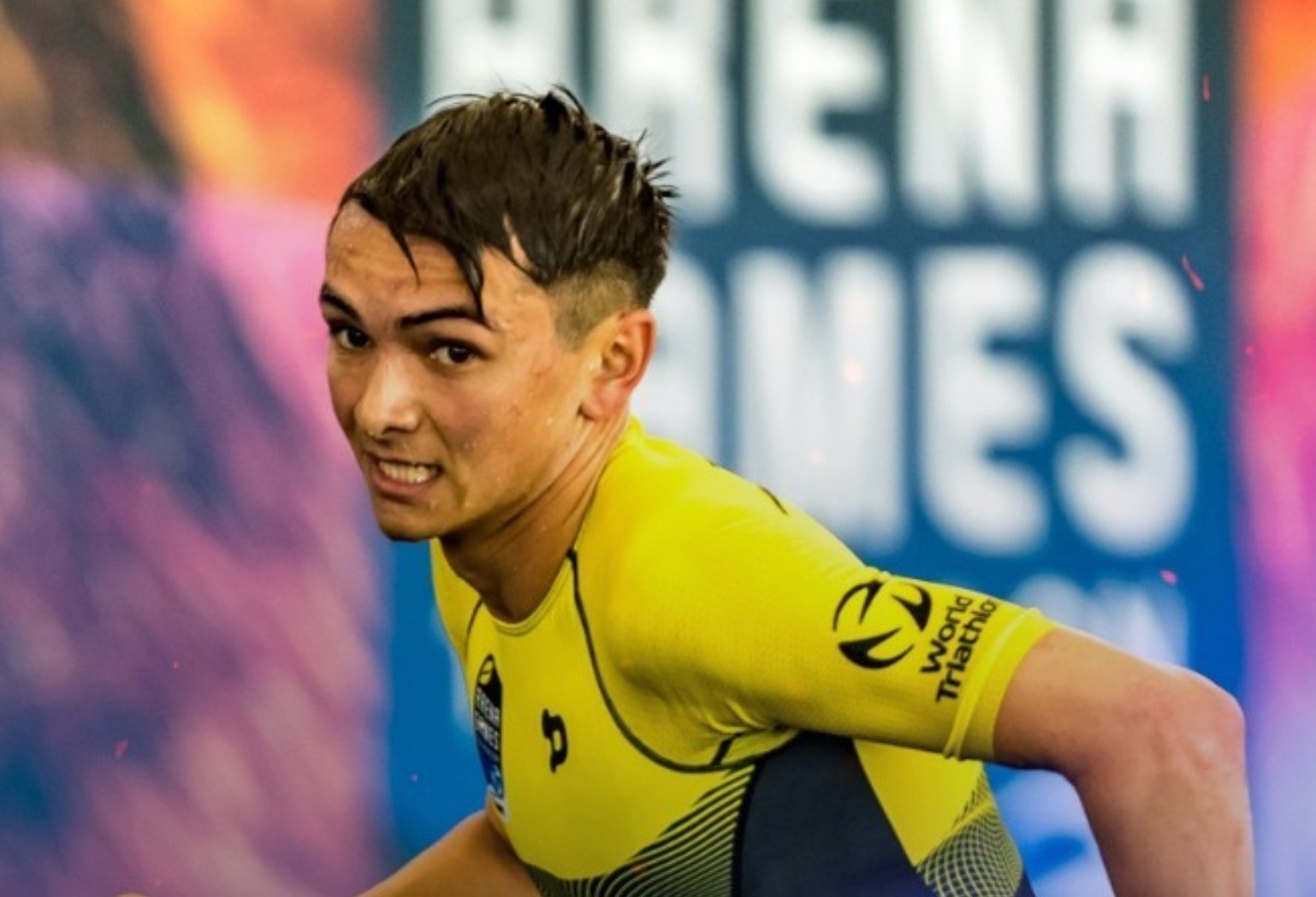 Yee wins SLT Arena Games eSports World Championship, but Wilde is the star of the day

There was no touching New Zealand’s Hayden Wilde at today’s SLT Arena Games Finals in Singapore. Alex Yee finished in third, but got to celebrate an even bigger party, as he won the eSports World Championship.

After races in London and Munich earlier this year, today, athletes battled for the title of the eSports World Championship in Singapore. Again, they swam 200 meters, biked 4 km and ran 1000 meters three times – in a different order during stage two (run-bike-swim) – and with a short break in between. The first two stages decided on the start times of the final stage. Unlike in London and Munich, today athletes swam in open water. The bike and run part still took place in Zwift.

It may have been France’s Aurelien Raphael who created a ten-second gap in the water, that disappeared as he entered T1 and wasn’t sure where to leave his goggles. Nearly the whole group ran straight past him, and that saw Raphael moving down to an eight place as he hopped onto the bike. After a much faster transition, Wilde was off during the bike part. Nener, Yee, Van Riel and Nieschlag followed strong in a second to fifth place, but couldn’t get back to Wilde.

Switching his bike for the treadmill, Wilde enjoyed a six-second advantage. On the run, Yee got closer, but he couldn’t get back to Wilde. That saw Wilde take off with the win of stage 1, Yee finishing in second (+0:04) and Germany’s Justus Nieschlag taking third (+0:18)

In the second heat – a reverse triathlon – Raphael had to set things straight. He opened strong, but Wilde followed his footsteps. Yee followed too, but the other men had to let these fast guys goo. Wilde eventually showed to possess the strongest run legs, as he ran off, creating a buffer of two seconds for the final bike part.

On the bike, Wilde massively extended his lead. He ended up hopping off the bike nine seconds ahead of Yee and Nieschlag.

In the water, Nieschlag and Yee got back to him, though. It was the German who ended up crossing the line in first place, straight away, followed by Yee and Wilde.

After these first two heats, it seemed like the battle would be on between Wilde and Yee. Wilde got to start three seconds before Yee. Nieschlag jumped into the water in third place, but 16 seconds down to the leader. The gaps behind him got even bigger.

During the swim, Wilde and Yee found each other, which meant that after 200 meters they got out together. Nieschlag shrunk his gap, but still he was six seconds behind the leading men when getting onto the bike.

There was one athlete clearly stronger than all the other in the saddle: Wilde. The Kiwi pushed some incredible watts – 7 watts per kilogram as he attacked – and left Yee behind, creating a gap of approximately ten seconds. With a nice advantage, he ran towards the treadmill for the final 1000 meters of running.

Wilde didn’t stop his surge there. On the run, he extended his lead to fifteen seconds. Therefor there wasn’t much excitement for who was going to win during the run anymore. Wilde ended up virtually breaking the tape, Yee took second (+0:10) – but won the world title – and Nieschlag finished in third (+0:25).