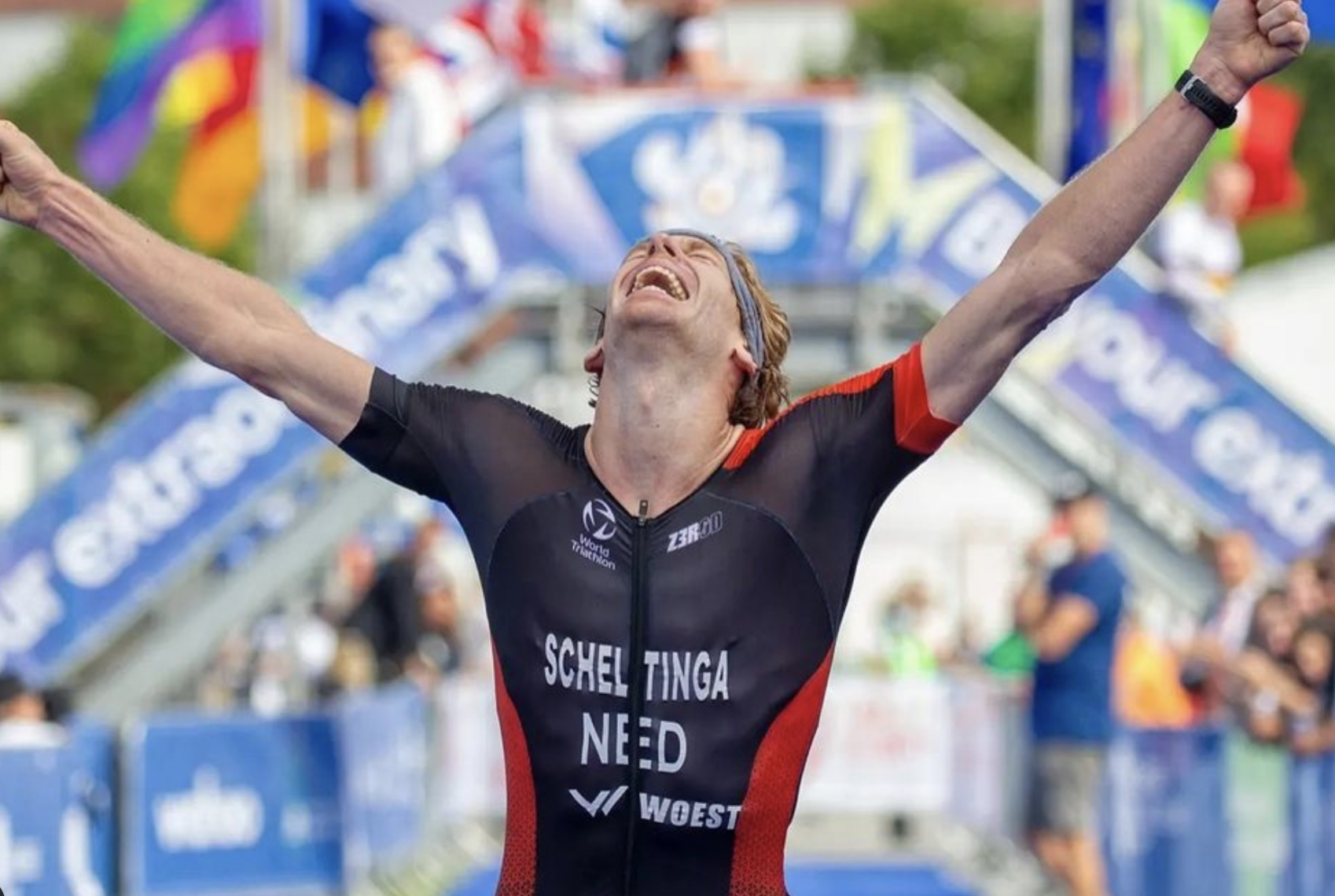 Who will get to call himself European Champion Long Distance after Saturday? Will it be Austria’s Thomas Steger, Germany’s Lukasz Wojt, Britain’s Kieran Lindars or Czech’s Tomas Renc? Four days left until Challenge Almere-Amsterdam, which of course also attracts many Dutch favorites, like Evert Scheltinga, Milan Brons, Tristan Olij, Niek Heldoorn and Tom Oosterdijk. America’s Andrew Starykowicz is one of the big favorites for the win, but he won’t be competing for the European title. In the women’s race, all eyes will be on local favorite Els Visser.

The men’s race has a wide field of players, which means we can expect some interesting battles. As a former Olympic swimmer, Wojt is expected to be in front after the swim part, but during the bike leg he will need to work hard to try to stay clear of an uberbiker like Starykowicz. Starykowicz raced in Almere before, but then had to withdraw due to a torn eardrum, which he suffered during the swim part. “But I’m coming for one thing now and that’s the win”, he said a few weeks ago.

Scheltinga is one of the local favorites for a podium finish or even the overall victory. Last year, he finished in 4th place with a time of 7:49 hours, which was good for a new Dutch national record on the Long Distance, a record that was held by Jan van der Marel since 1999. Ever since his record race, Scheltinga feels like a weight has been lifted off his shoulders, and he looks forward to focus on racing for positions instead of a fast time, he said. The last time a Dutch athlete won Challenge Almere-Amsterdam was in 2012, when Dirk Wijnalda won the event.

In the women’s race, we can expect some competition between Visser, Germany’s Lina-Kristin Schink and Portugal’s Vanessa Pareira. However, Visser seems to stand the best chance of claiming the win. Visser raced Challenge Almere-Amsterdam before; in 2018 she finished second behind Yvonne van Vlerken. While she had a great start to her 2022 season, Visser dealt with an injury during most of the summer, but she worked hard to get back in shape. Schink has quite some experience with racing Almere and therefor has the advantage of knowing the course very well. The same goes for Pareira, who also competed twice. Last year, Pareira crossed the finish line with a 13th place at the World Championship.

The Challenge Almere-Amsterdam race week will kick off on Thursday, Sep. 8 with various side events. On Saturday, Sep. 10 the European Championship Long Distance and the Middle Distance will take place. The pro athletes will start their race – the Long Distance – at 07:10 AM CET. The whole race will be broadcasted live and be available on www.challenge-family.live.