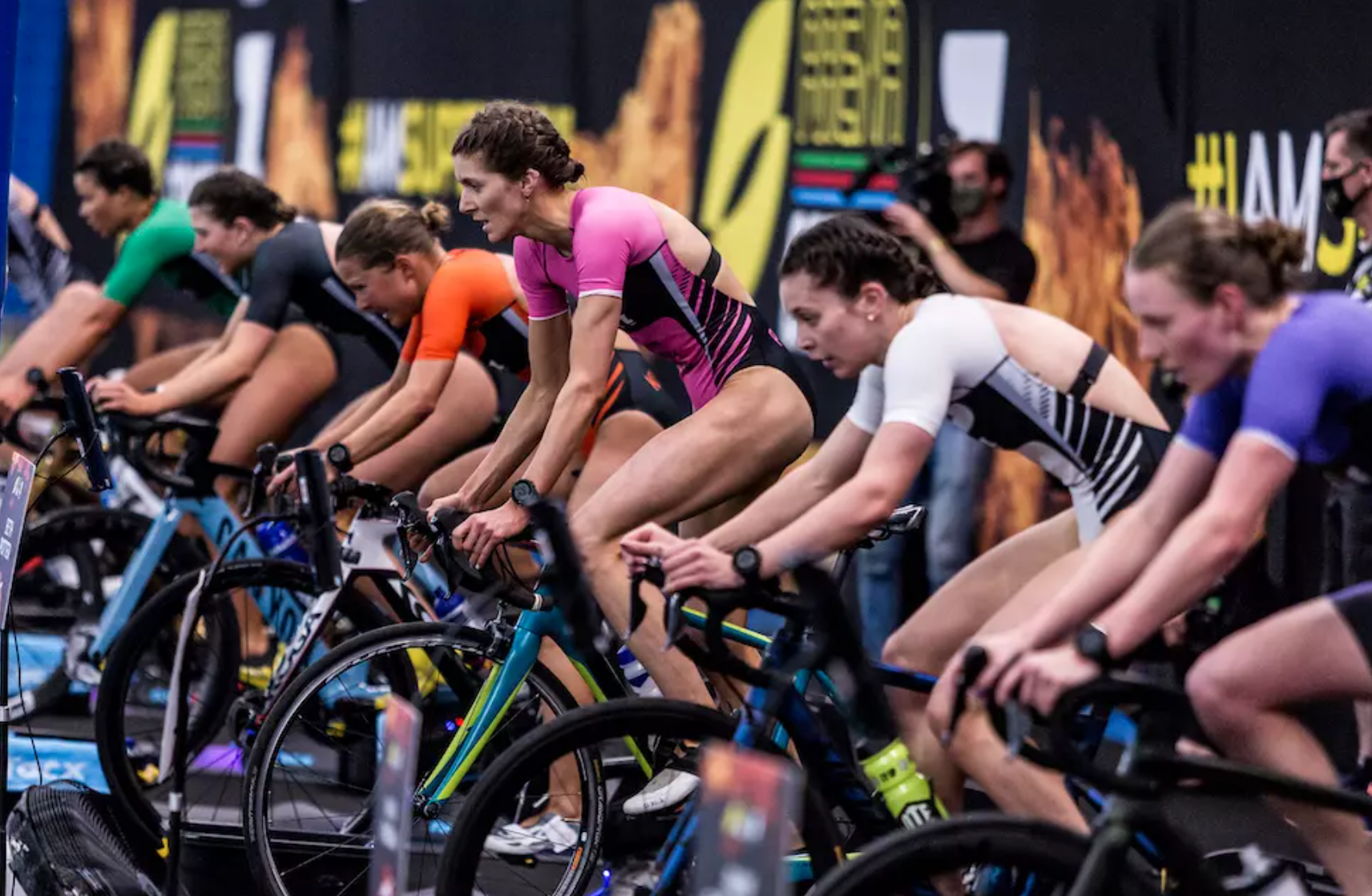 We got to enjoy some fast racing during yesterday’s Super League Triathlon (SLT) Arena Games in Rotterdam, where Britain’s Sophie Coldwell and Belgium’s Marten van Riel took the overall wins. Coldwell had a tough battle with Beth Potter, the winner of the SLT Arena Games London, while Van Riel managed to stay well ahead of his competitors by earning 30 out of 30 points. Super League Triathlon dove into the details of the races and collected some interesting data. Find out how many watts/kg athletes pushed, how run splits compared, and what were the highest and average heart rates.

Pushing 5.1 watts/kg, it was Potter who put together the best biking performance of the day, with her highest power output coming in the first bike stage. Only Britain’s Jessica Learmonth – who pushed 5.2 watts/kg – has pushed more watts/kg in the short history of the SLT Arena Games. Compared to the winner of the men’s race, Van Riel, the women pushed much more – Van Riel’s highest watts/kg was “only” 4.6.

Battle between Potter and Coldwell

All three women who ended up on the podium – Coldwell, Potter and Spain’s Anna Godoy – broke the SLT Arena Games running record during the second stage, with Coldwell surprisingly clocking the fastest time of the three thanks to her 3:06 over 1 km. While Potter ran much faster than Coldwell during the SLT Arena Games in London, in Rotterdam Coldwell managed to outrun her. Coldwell’s average pace was two seconds faster than Potter. On a comparible third stage in London, Potter ran 3:23 minutes and Coldwell 3:31. So, while Potter actually managed to run faster than she did in London (Her average pace in London was 3:19, in Rotterdam the average was 3:11.) The difference was that Coldwell really stepped up her game, not just on the self-powered treadmill – Coldwell was also the fastest swimmer in each of the three heats.

Coldwell worked on her transitions too. While she came much closer, she still didn’t match Potter, though. During the SLT Arena Games London Potter was 30 seconds faster than Coldwell in the transitions. In Rotterdam the difference was 13 seconds.

Britain’s Kate Waugh had the lowest maximum heart rate in the women’s race – 185, while Holland’s Rani Skrabanja (199) had the highest and had an average HR of 184 throughout the entire race. In the men’s race Van Riel had an extremely low average HR of 143 again.

It came as no surprise that Alex Yee ran the fastest of all ten men. His average per kilometer was 2:42. That was four seconds faster than the previous SLT Arena Games record set by Spain’s Javier Gomez.

Van Riel – winner of both the SLT Arena Games in London and Rotterdam – ran faster this weekend than he did in London last month. He clocked 2:44 minutes on average, compared to 2:55 in London. He was not the only one to run faster. Eight out of ten men ran under three minutes for 1,000 meters. Only four managed to do so in London.