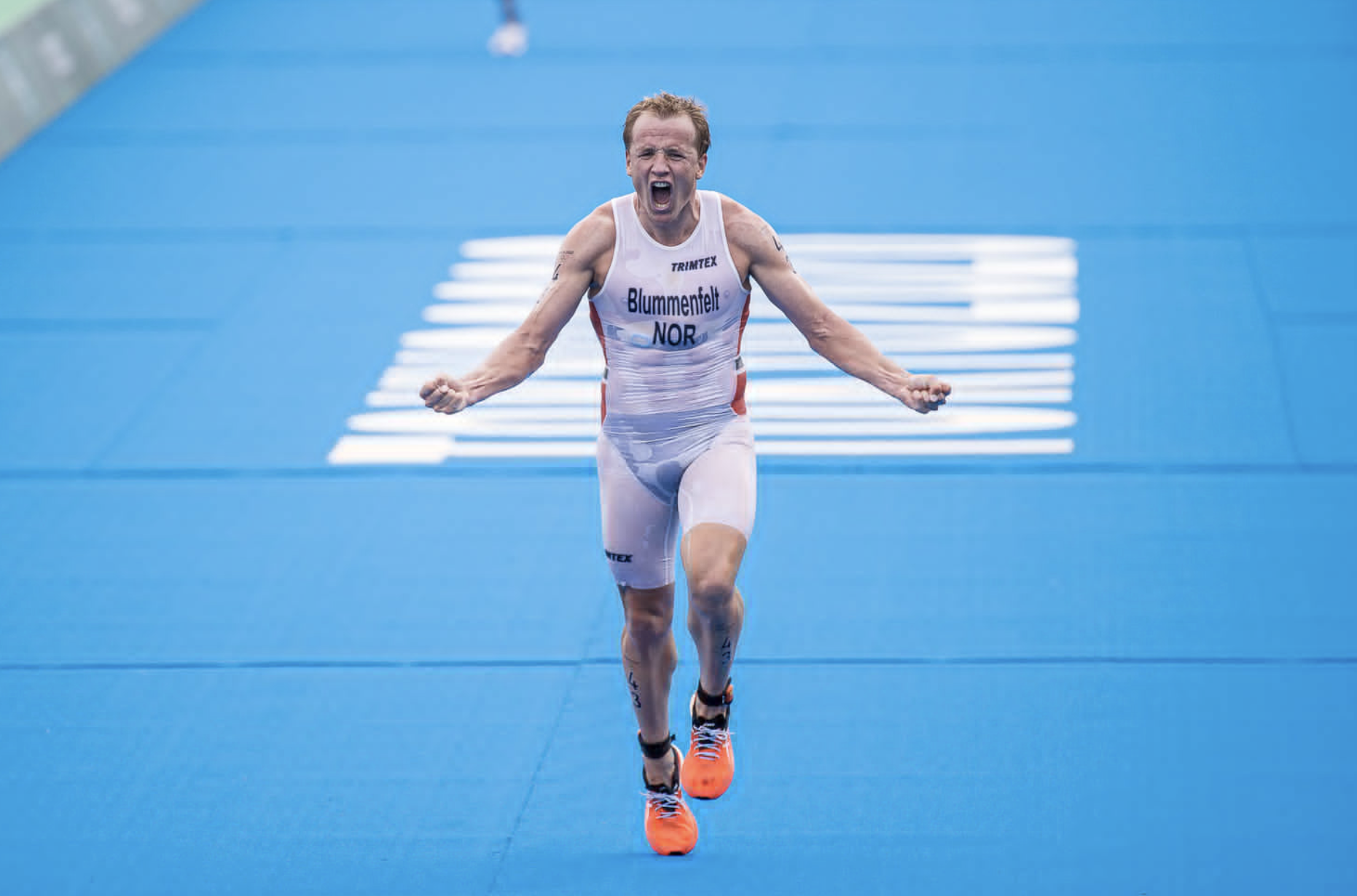 Blummenfelt in lead up to St. George: “It’s not just the engine, but also tactics”

For the first time ever the Ironman World Championship will take place outside of Kona, and that’s not the only thing new, what’s also new are the two Norwegian star athletes that stand a great chance to win. One of them is Olympic Champion and Ironman World Record holder Kristian Blummenfelt. In the lead up to St. George, Mark Allen – former Ironman World Champion – virtually set down with him to talk business. (Watch the full interview on the bottom of this article).

“A course where different athletes can shine through”

While many athletes – mostly Age Groupers – are disappointed to see the World Championship move to St. George, Blummenfelt sees the beauty of this different course. It’s tough in a different way. While in Kona it’s the heat that makes the race difficult, in St. George it’s the climbing. Blummenfelt is well-prepared, though. “I like training in a terrain that’s hilly. There are more places to attack and to play with strength. I do love these kinds of courses, because it’s so challenging, and also, it’s a course where different athletes can shine through”, Blummenfelt tells Allen.

“It’s not just the engine”

Since it’s such a challenging course, Blummenfelt has decided to head out to St. George earlier than he normally would. “I want to travel there three weeks prior to the race, so that I can really feel how I should use my energy on the two big climbs on the bike. And to see how to get the speed in on the descent without using too much power. There is more to play around. It’s not just the engine, but also tactics.”

Those tactics have much to do with how an athlete paces the race in St. George. “It’s sort of flat for the first 90K, and then – boom – you have two big climbs on the last half of the bike. You can really do some damage there, and then you still have a marathon left. If people break away on the bike, as long as it’s not Gustav (Iden, ed.) you can run them down. It’s playing a bit safe, but at the same time you still want to come off the bike in the front, together with the leaders.”

The only person that Blummenfelt seems to fear on the run is Gustav Iden, but also Jan Frodeno will be a big opponent, he realizes. While Blummenfelt has a clear picture of what Iden can do – they train together almost every day – he will have to see what Frodeno can do once they’re in St. George. “We just came out of the pool now”, Blummenfelt says about some training he did with Iden. “We’re both here in the Sierra Nevada. We have four more weeks, and then we head to St. George around the same time to prepare together.”

“He will be the main guy to beat”

Even though Blummenfelt and Iden have raced each other plenty of times, on the Long Distance it feels different. “When we do Short Distances, we can cut each other some slack. We are not made into rivals. If I help him, he helps me, and we both increase our chances of winning. But coming to St. George he will be the main guy to beat, together with Jan. But it’s cool that I can see every day what level he’s at, and he can also see where I stand. Hopefully it’s going to turn into an epic battle on the run.”

Blummefelt feels like he’s been a bit unlucky with the Ironman championship races so far, because both times that he took part in the Ironman 70.3 world championship, he didn’t have a great day. In St. George last year, that had everything to do with a mechanical problem that he had on the bike. “Fingers crossed that that’s not going to happen again”, he says about that. “But it was a good experience to be in St. George and to see what the course is like”, he says about last year’s Ironman 70.3 World Championship that took place on the same course.

During Ironman 70.3 Dubai, which took place in March, Blummenfelt wasn’t given the confidence boost that an athlete would typically hope for before heading out to an important event. However, it gives him just the extra push and motivation that he needs, he explains. “It hurts more to lose. When I win a race, it’s fun here and there, but then I just look forward to the next race again. If I lose a race, like in Dubai, where I was off the pace – I also had a puncture, but I was already too far off the front to be able to fight for the win – those kinds of moments make you re-evaluate everything that you’ve done in training. You just try to do everything perfect again for the next two months. For my motivation and focus, and to stay sharp, and do nutrition, sleep and training better, it’s helping me.”

For the full interview with Allen, watch the video below.