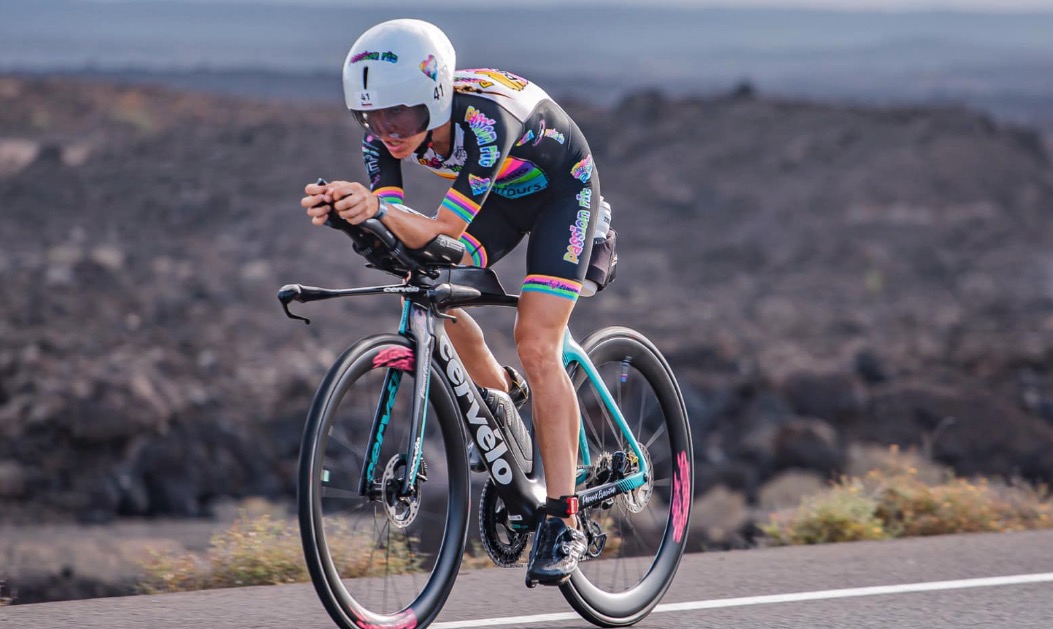 It was extremely exciting until the very last meters, because Dutch Els Visser caught up with Lydia Dant in the final stages of the marathon very fast. However, she caught up just too late, narrowly missing out on victory at Ironman Lanzarote. In the end, Dant was 1:44 minute faster with a time of 9:37:26, making her the rightful champion.

With Elisabetta Curridori, Lydia Dant, Jenny Schulz, Angela Naeth, Ginger Howell and Els Visser at the start, it was unfortunately not possible to speak of a very competetive starting field and soon the battle seemed to unfold between only two women. That was not the case at the beginning of the race, as Curridori swam the fastest with 59:27, while Dant came out of the water a minute and a half behind and Visser – as third – 2:36 minutes later.

On the bike, it was Dant who began to dictate the pace and very quickly opened up a large gap on Curridori, who would soon find herself riding much further behind. The same goes for Visser, who did not take long to catch up with Curridori either, but her second position could not disguise the fact that after ninety kilometers on the bike her gap to Dant had increased to over eight minutes. All the other ladies – except Curridori, who came through at almost twelve minutes behind – were by then already seen in the battle for victory.

In the second half of the bike, Dant seemed to have used her strength a bit too much, while Visser seemed to have regained it; it didn’t go fast, but her gap got smaller and after 180 kilometers on the tough Ironman Lanzarote bike course, Visser could start the marathon with a gap of 6:14 minutes.

There, the Dutch top athlete continued her catch-up attempt, because after only a few kilometers the gap was reduced again and there was only a 4:37 gap between Visser and Dant left. Curridori was still in third place, but more than twenty minutes behind the two fastest women.

Unfortunately for Visser, Dant was not only physically but also mentally strong, and the British athlete managed to stabilize her lead for almost twenty kilometers. It was only after 25 kilometers that Visser started to catch up; after 28.5 kilometers she still had 3:20 minutes to make up, after 33 kilometers 2:40 minutes and after 37.5 kilometers 1:52 minute.

Here you’ll find our race report of the men’s race.